Exploring the use of ceramic materials to prevent corrosion 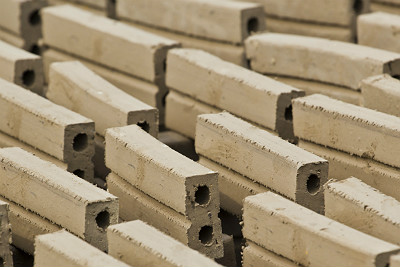 There are many methods and techniques used for corrosion prevention. They generally include changing the environment, choosing the appropriate metal, monitoring surfaces, altering anodic areas, using chemicals that prevent deterioration and applying protective coatings. Typically these techniques are used for the protection of metal — the material that is most often the focus of corrosion prevention.

In sharp contrast to metals, ceramics are less vulnerable to corrosion because their chemical bonds of ceramics are oxidized at the outset, and therefore, corrosion is already present.

For example, the amount of free chemical energy in silicon oxide is small, and oxidation is present from the beginning. If corrosive effects are noted, they are often the result of decomposition. Corrosion may result from the reaction of chemicals as well. Therefore, the possibility remains in trying to use ceramic materials instead of metal (at least partially) in some manufacturing and construction efforts.

While steel bearings may seem an obvious choice when strength, hardness and resistance to wear are critical, ceramics can be a reliable substitute. Ceramics are extremely hard, which allows them to stand up against wear. In fact, compared to steel ball bearings, ceramic ball bearings have potential to last three times as long.

When the risk of deformation and compression is a concern, ceramic materials are resistant to both. Ceramics not only allow for faster rotations but also mean less material-to-retainer-wall contact. In addition, they’re less likely to deteriorate because of contact with chemicals or the development of rust.

While this is a strong example of using ceramic material in physically demanding applications, there are still some inherent disadvantages. Ceramic bearings have a susceptibility to damage under shock loads and are more expensive then steel.

Nevertheless, recent reports also explain the development of a new process of crafting parts of silicon nitride plasma powder. A gel-casting method produces plates that offer a significant level of hardness as well as optimal strength and resistance to fracturing.

Zirconium oxide provides a level of hardness nearly akin to that of diamonds. Its original purpose was to lend hardness and strength to projects involving metal parts. Where metal parts are given to failure, zirconium oxide remains strong and resists corroding. In addition, some applications render the use of metals impossible, such as high-temperature applications. Ceramics are reliable for containing high-temperature liquid metal.

There are reasons to avoid using ceramics in some processes, however. When it comes to projects requiring reliable structural parts, ceramics can prove brittle and fail to provide the desired tensile strength. Ceramics are not malleable when compared to metal — even with new engineering techniques. Breakage causes them to snap while metals usually pull apart instead. Also, they have a tendency to shatter when violently struck as opposed to metals, which generally dent or bend.

Though ceramics are known for their compression strength, they tend to fail in terms of tension. As stated previously, metals are malleable and therefore easier to form into different shapes. Since they are easier to melt, metals have the ability to be joined and repaired by welding.

Regardless, ceramics have historically been used in construction. Brick and stone — which are essentially ceramics — have been utilized as construction materials for millennia, and as a testament to their resistance to corrosion, many of the structures built with these materials are still standing.

Jesse Puga is a freelance science writer who recently finished his studies to become certified as a high school and community college science teacher. He has a bachelor's degree from Colorado University and a master's degree from American Military University, and specializes in researching all manner of science topics.