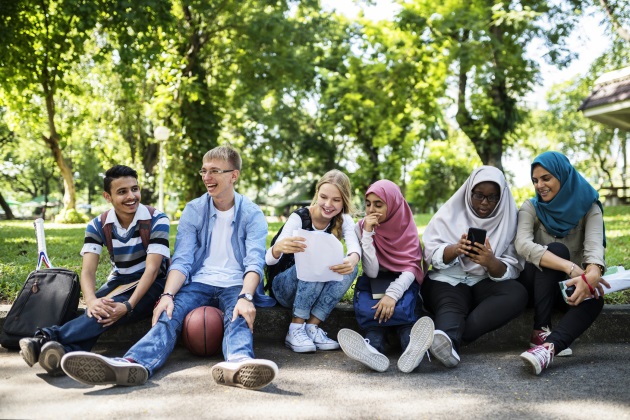 At a time when education leaders and policymakers are focused on tackling growing racial segregation in public schools, a new Urban Institute study states that early-childhood programs are more segregated than K-12 settings. The study compared the variety of learning arrangements for children five and under and K-12 schools.

The Northeast was most lacking in integration according to the numbers, while the Midwest showed the most promise when it came to reducing segregation. Most urban and rural areas showed more segregation than suburban areas.

Why does it matter?

On the other hand, classrooms that have students from different backgrounds and experiences are culturally and academically vibrant. When they have the chance to interact with fellow students from diverse backgrounds, children learn more.

Creating integrated early-childhood programs will not, however, be quick and easy. The current system is witnessing the results of years of segregation on children's minds, even when not practiced consciously.

For example, children are segregated in terms of parental incomes, language, disabilities, Head Start classrooms, and hyper localization all play a significant role. Each of these issues needs to be tackled.

A recent pre-K program study of Boston Public Schools by the University of Michigan and MDRC showed that non-white, low-income, and non-English-speaking families usually don't apply for universal, public preschool programs. Bringing these families into the fold must be an ongoing effort for principals and early-childhood program directors.

However, some positive stories make us hopeful. Morris Jeff Community School in New Orleans has made diversity part of its design. It blends tuition-based slots for children from higher-income families with state funding for pre-K students from low-income families, leading to an integrated model.

Ohio's Pleasant Ridge Elementary's Montessori preschool program is viewed as a vehicle for revitalizing and increasing diversity. It not only offers high-quality programs but has been strategically located near communities that would draw a diverse mix of families.

Along with the lack of diversity among students, K-12 schools in the U.S. are also suffering from a severe teacher-student diversity gap. In an increasingly diverse society, it is essential for students to feel comfortable with their teachers.

Students should have the opportunity to grow up bilingual and bi-literate. They can best do that best with the help of teachers who come from diverse cultures.

To ensure that future generations do have the benefit of diverse teachers, three community colleges in California have formed a partnership with San Diego State University to train more bilingual teachers. They aim to support students who wish to become bilingual educators and recruit more teachers to address the state's teacher-student diversity gap.

Called Developing Effective Bilingual Educators with Resources (DEBER), the program aims to create a clear pathway for students to get into the bilingual credentials program. Students will be trained to teach in dual-language K-12 classrooms and will be shown a clear roadmap through the bilingual credentialing process. Research shows that children perform better when they are taught by a diverse teaching pool.

The three community colleges are San Diego Mesa College, Southwestern College, and San Diego City College. Together with the university, they have received a $3.7 million grant from the federal Department of Education.

The program is a shining example for other states as well. By increasing the number of bilingual educators in each state, policymakers can help diversify the teaching pool, which will resemble the diverse student population.