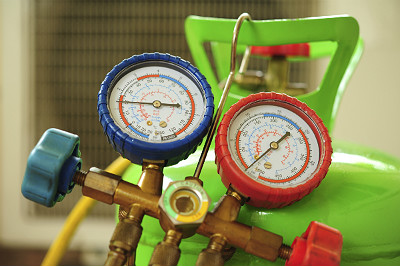 I promise not to make every dispatch this year an update on the general alarm surrounding the EU F-Gas regulations, but having declared a crisis back in January, I feel duty-bound to keep you abreast of what I believe the TV newsrooms call a developing situation.

When I first started reporting the warnings that the European cooling industry was heading for serious supply issues because of the perfect storm of impending bans on higher-GWP refrigerant and a reducing quota based on the CO2 emissions of the gases, there were some who suggested I might be scaremongering.

Some three years on, as the price of R410A goes into the stratosphere and R404A disappears from many shelves altogether, the reality is that the experts were actually underestimating the impact. They certainly had a good degree more faith in the ability of the end-users — and perhaps their contractors, too — to get their act together over moving away from use of the high-GWP refrigerants.

We can only wonder at the motives for apathy: Was this due to natural scepticism or apathy at another refrigerant change? Was it an unwillingness to spend money on meeting legislation that appeared not to come into force until 2020 and beyond? Was it a lack of understanding or a lack of information — i.e., the end users simply didn't know the trouble was coming down the line?

Whatever the reason, there is no doubt we are really in a crisis situation. Don't believe me? As I write this, if I want to buy R404A online from a leading wholesaler, without an existing trade relationship, I would have to pay over $620 per pound for the privilege. Thus R404A, I am reliably informed, is now twice the price of Beluga caviar.

The cost of R410A, while cheaper, is quickly catching up, having risen 36 percent in December and then another 20 percent at the beginning of this month. The new HFO blends, R448A and R449A by way of comparison, are tracking on the same basis at $36 per pound.

The serious issue behind this is that with one major refrigerant manufacturer, Honeywell, not selling R404A into the EU starting this year, and the others using price as the mechanism to manage demand, those end users who haven't made plans to change away from R404A installations are now going to have to pay a lot more to top up — if their contractor can secure it. This is either going to cost the end users or the contractors, if they have signed up to comprehensive contracts.

What is the industry doing about this deepening crisis? Several things have happened since it became clear that prices and availability of high-GWP refrigerants were only going in one direction.

One of which, as is probably to be expected, has been to complain loudly about the unfairness of it all.

The industries of Spain, Germany and Italy have all sought to raise the issue with their national governments in a bid to appeal to the European Commission to relax the strictures of the quota system — which has seen a 37 percent drop in the HFCs on the market since Jan. 1 (or strictly the volume of HFCs in terms of CO2 emissions). To date, the mood from the European policymakers seems to be that this is precisely the type of "tough love" that was required to get the cooling industry to reduce its emissions.

Another tactic has been for industries to seek their national governments to provide support to the transition.

This is the route taken by the UK industry, which tentatively raised the issue when discussing refrigerants with the government's environmental audit committee in December. Their point — that smaller companies particularly could suffer from the cost rises and that this was an unintended consequence of the legislation — was given a sympathetic hearing, but so far nothing concrete has been offered to the industry.

There is much hope in a third tack, however. This has been to grasp the bull by the horns and to virtually shout at those end users still stubbornly clinging on to R404A and R507A to get moving and to convert to lower-GWP alternatives. Remember that the more who remain with the higher-GWP gases, the less there will be in volume to go around for everyone else, as the quota system is weighted to GWP.

This has resulted in what is an unprecedented move in cooling: a collaborative effort by all four of the main representative bodies in European HVACR — EPEE, AREA, Asercom and EFCTC. These four have come together to call upon European installers to stop using the high-GWP gases.

The weapon of choice is information, in the form of a jointly promoted leaflet for installers, setting out the key actions required to contain the crisis. It urges installers to immediately stop specifying R404A and R507A for new equipment; to seek to retrofit existing equipment as quickly as possible with lower GWP refrigerants; to reduce leakage and charge sizes; and — the important last link in the chain — to recover, recycle and reclaim refrigerants.

The heads of the representative bodies are in no doubt as to the momentous nature of the collaboration.

"The fact that four industry associations representing different parts of the HVACR sector — installers, OEMs, compressor manufacturers and gas producers — worked together on this leaflet is in itself a very strong message and will hopefully trigger the much-needed acceleration of the phase-out of R404A and R507A," said the Director General of EPEE, Andrea Voigt, in launching the initiative.

She noted that when undertaking EPEE's Gapometer project to forecast the future refrigerant requirements in the EU, the body found that action to stop using high GWP refrigerants like R404A and R507A has been far too slow. The four associations say they will continue their collaboration to ensure that the information will reach contractors throughout Europe, in their local languages.

Will this united front have the desired result of stopping use of R404A? Only time will tell.

It is vital that all in the industry work together, and it is certainly not the time for individual enterprises to try and make a quick buck by stockpiling the gas. Indeed, I have wondered aloud whether this could see the establishment of something like a refrigerant "clearing house" — a means of alerting those with surplus refrigerant in one part of the country to those that need it in another.

Once thing is clear, this is a time when radical solutions are necessary. As one expert noted, it will just take the stopping of the first hospital operation, due to lack of R410A, to turn the refrigerant crisis into an even bigger crisis.