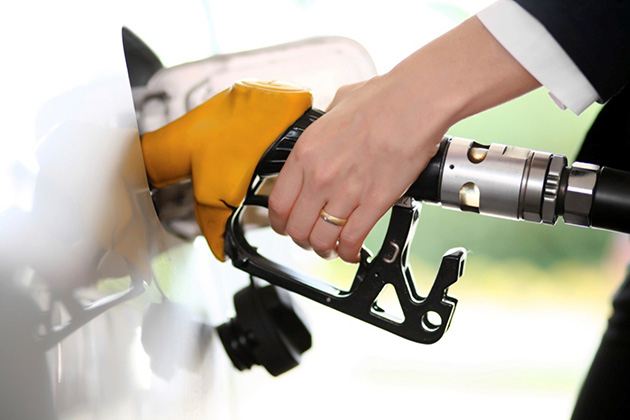 The Environmental Protection Agency (EPA) announced on April 2 that it would begin the process of rolling back scheduled national fuel economy standards that would come into effect for the 2022 to 2025 model years of cars and light trucks. While this move aims to ease regulatory burdens on the auto industry, it could prove to be even more troublesome in the end thanks to a looming battle with California.

Like some other recent regulatory actions taken by federal agencies under the Trump administration, the rollback wasn't particularly surprising in nature. The EPA under Administrator Scott Pruitt has consistently undone Barack Obama-era regulations meant to curb greenhouse gas emissions and, like the Trump administration at large, has generally favored the interests of larger corporations and nonrenewable energy sources.

Pruitt's leadership at EPA is currently under fire due to ethical concerns related to a lobbying firm and a Capitol Hill condo lease. However, even if Pruitt suffers the ignominy of being fired by President Donald Trump or is forced to resign, it's pretty unlikely that EPA leadership will somehow shift to being a friend of the Sierra Club and Greenpeace.

And while the latest scandal in the executive branch will get the short-term headlines, Pruitt's announcement about the fuel efficiency rollback almost certainly put the administration on another federalism-driven collision course with some states, and — potentially — could pave the way for an auto industry that has to conform to separate emissions standards in different areas of the U.S.

The Obama-era standards that the EPA announced it would be revising would have seen mandated fuel efficiency all the way up to 54.5 miles per gallon for the 2025 model year. Those standards were announced in August 2012. Currently, for the 2018 model year, the mandated average is 38.3 mpg.

However, as The New York Times explained, recent data put the 2016 national fuel economy number well below the mandated number for the model year, as automakers can offset the standard with things like low-impact air conditioning refrigerants and selling electric vehicles (EVs). Functionally, that means the 2025 mandate would have translated to about 36 mpg on the road.

It should be noted that Pruitt's rollback did not come with a new proposal or efficiency target, but that they were set "too high" before. The EPA and the National Highway Traffic Safety Administration are to begin drafting the new 2022-25 standards soon.

The Auto Alliance, which represents 12 large automakers that make up the vast majority of vehicle sales called it "the right decision." That's highly confusing when considering that the industry helped write the Obama administration rules, has been quite cognizant of climate change concerns in recent years and is pushing forward with billions of dollars of investment in EVs.

But once the EPA, NHTSA and industry stakeholders come to agreement on a new set of standards, there's a huge, Golden State-sized obstacle in the way — under the 1970 Clean Air Act, California can set its own emission standards, separate from the EPA.

For the Obama-era standards, that effectively meant that the EPA, NHTSA, the auto industry and California all had significant seats at the table to come to an agreement.

This time, it's clear that Pruitt's EPA and the Trump administration don't want California to have a similar role in this round of standard-setting and may even revoke the so-called "California waiver" that must be renewed occasionally by the executive branch. In late 2007, the Bush administration revoked the waiver, prompting extensive legal action from the state, which became moot when Obama took office. Current California Attorney General Xavier Becerra vowed a similar course of action if the waiver was revoked again.

And while California — the world's sixth largest economy if it were a separate country — not budging on fuel efficiency would be a massive headache for automakers on its own, 13 other states and Washington, D.C., follow the California standards as allowed under Section 177 of the Clean Air Act.

That means that about one-third of all vehicles sold in the U.S. are in states where California's standards are law. Automakers will absolutely want to prevent a near future where they're forced to make "California cars" and separate cars of the same make and model for the rest of the country.

At the beginning of the Trump administration, automakers claimed that emission standards needed to be made more flexible due to higher development costs and possible job losses. Now that the EPA has granted that wish, a far more complicated industry could be coming soon.