Energy intensity in the US: Which states are the worst offenders? 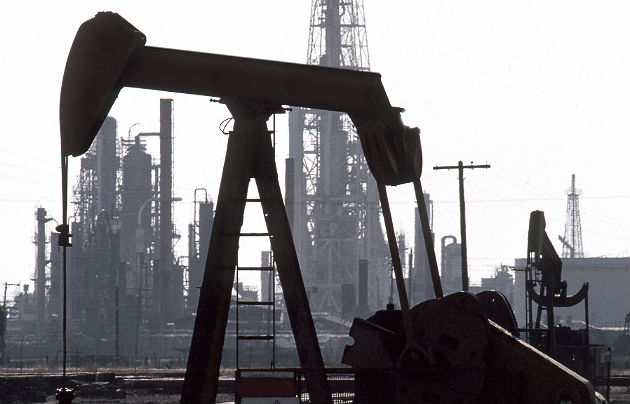 I have written before of the quiet progress the U.S. has made on energy efficiency — dubbed by some as America's "hidden fuel." I have also tried to parse from the speeches of Hillary Clinton and Donald Trump what U.S. energy policy might look like under their presidencies, although most of what has been said so far concerns production rather than consumption.

However, despite progress internationally on energy efficiency, much of the energy policy in the U.S. is delegated to the state level. And it is clear that not all states have the same goals in mind. That has a lot to do with demographics, climate and industry. But it might also have something to do with politics.

The map in the infographic below (drawn up using EIA and Gallup data) illustrates what happens when we break down the states by energy intensity (that is, by energy consumption per capita). The worst offenders are "named and shamed" in red, and the "top of the class" states are highlighted in green.

The energy-inefficient states are largely clustered around the fossil fuel-producing states in the center of America, proving that those states that produce lots of energy also consume lots of energy. 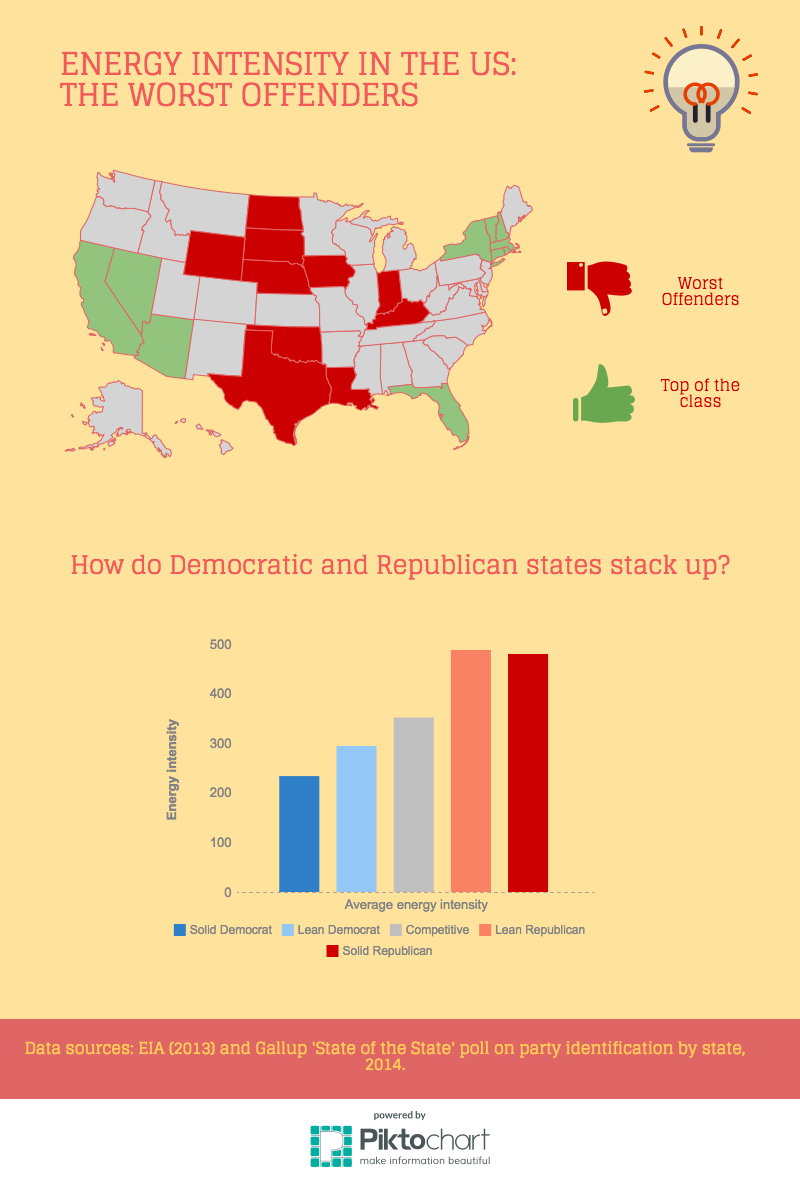 But what you might also notice is this map shows a familiar pattern to those used to seeing the familiar maps of dominant political affiliations, with a red Republican heartland in the middle flanked by coastal blue Democratic territory to both the Northeast and the West.

What is clear is that energy — not only at the production end but also consumption — is a fiercely partisan issue. The bar chart under the map shows the average energy consumption per capita in a state rising steadily as we move along the Democratic-Republican spectrum.

Of the five worst performers (Wyoming, Louisiana, Alaska, North Dakota and Iowa), three are deemed "Republican" by Gallup and two "competitive." Meanwhile, the "top of the class" states (Rhode Island, New York, California, Connecticut and Florida) are dominated by the Democrats.

Of the three most prolific coal-producing states, two — Wyoming and Kentucky — are on the list (the third, West Virginia, has been highlighted in studies as one of the "best improvers" in this field). Oil-producing states like Texas, Louisiana and North Dakota are also present.

The logic here is clear. Voters in heavy manufacturing states states facing the specter of declining heavy industry and will tend to vote for candidates who make promises of ring-fencing the industries they rely on for jobs and state income from regulations and state intervention, rather than voting for those who campaign on a platform of change.

Of course, this data needs looking at more closely on a state-by-state basis. The American Council for an Energy-Efficient Economy (ACEEE) designed a useful Energy Efficiency Scorecard system in 2015 to rank states not on numbers alone but on six policy areas — utility programs, transportation, building energy codes, combined heat and power, state initiatives and applicance standards. This is how states can climb the list.

The energy sector and politics have always been close bedfellows. What we can see here visually is how much the energy landscape of the country dictates its political landscape.