Ending the torture of bullying: Resources, lesson plans and activities 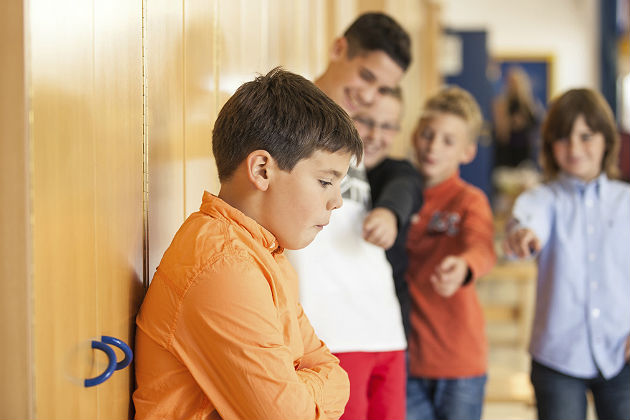 "I'm scared to go to school, and when I do I always end up leaving early. I get called ugly, fat, and I've also been told to go kill myself." — Morgan

February: African American History Month. March: Women's History Month. May: Asian Pacific Heritage Month. November: American Indian Heritage Month. According to the Law Library of Congress, these are among a number of months during which U.S. schools host activities to enlighten students about the significance of those being commemorated. American teachers are aware of these commemorative months and plan lessons accordingly.

Equally as necessary and noble — and perhaps even more germane in the midst of our distressing global cultural climate — is October's National Bullying Prevention Month.

This month, let's look at a variety of resources, lesson plans and activities you can use in October to address the concerns of the many students who are tormented by bullies and to confront — and work to eliminate — the behavior of the bullies themselves.

Bullying is not an American problem. According to Latitude News, "Bullying havens include Turkey, Lithuania and Greenland." Because bullying happens worldwide, educators around the globe will find these research-based multimedia materials — which integrate skills, incorporate critical thinking and reflection, and engage students' multiple intelligences — valuable, effective and absolutely essential.

PACER, a nonprofit founded in 1977 "to make a difference in the lives of children with disabilities and their families," created the Bullying Prevention initiative.

"Childhood bullying is a significant problem nationwide," according to the organization’s executive director, Paula Goldberg. "It can cause school absenteeism, mental and physical stress, poor school performance, poor self-esteem, and, in some cases, school violence. Statistics show that 160,000 children in the United States miss school each day as a result of being bullied. That's not acceptable."

"Twenty-one percent of elementary schools, 43 percent of middle schools, and 22 percent of high schools reported problems with bullying in 2005-06. Bullying is the number one discipline problem in middle schools," reports Nast, citing statistics from the Youth Violence Project of the University of Virginia's Curry School of Education.

"Teachers and parents can play a critical role in creating a climate where bullying is not tolerated. When adults and children stand together, bullying ends," Goldberg observes.

PACER's National Bullying Prevention Center offers bullying prevention materials — including student-developed materials — for students of all ages and levels and for communities.

The award-winning film, "Bully," was the catalyst for The Bully Project — "a social action campaign" designed to end bullying. What began as a national movement has gone global. The film is gripping and a breathtaking teaching tool.

For only $40, The Bully Project offers the comprehensive Educators DVD and Toolkit, which includes an abbreviated version of the film edited for younger audiences. The Harvard Graduate School of Education and the National Center for Learning Disabilities are among Toolkit contributors.

In addition to The Bully Project and PACER's resources, the National Education Association and FilmEnglish offer outstanding materials. The NEA offers lesson plans, games, activities and a host of background resources.

FilmEnglish's lesson — designed particularly for teaching ESL/EFL — is designed around the 10-minute film, "New Boy," based on the Roddy Doyle short story. The protagonist, Joseph, is the new boy in class. He is being bullied and so is the teacher. At the film's conclusion, Joseph is in cahoots with his tormentors, so there is enormous opportunity for investigation.

The lesson includes instructions, the film with accompanying materials, a brief PowerPoint presentation with discussion questions and a poem. The film is multilayered and offers far more opportunity for examination and critically analysis than the materials include, but any additional questions are easy to construct.

http://www.heyugly.org/PreventBullyingNow.php (includes a number of contests students can enter)