Employees want to be recognized, but not how you think 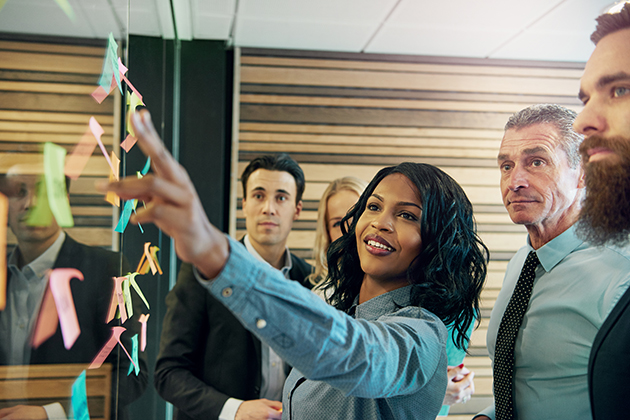 Your employees want you to recognize their hard work and efforts, but a survey of 16,000 professionals in 4,000 companies representing various industries and roles reveals that they may not want to be recognized for only major accomplishments, don’t necessarily want a cash reward, and some would prefer that the recognition didn’t occur in front of everyone in the organization.

According to a recent Deloitte Greenhouse survey, most employees (54%) would prefer a verbal "thank you" for day-to-day accomplishments, while 31% would prefer to have that thanks in writing.

When the accomplishment is significant, almost half of employees (47%) would prefer a new growth opportunity, compared to 23% who would rather have a salary increase.

While most people would welcome a bonus or raise, she says it may be seen as having short-term value. "A growth opportunity, on the other hand, is a longer-term investment in one’s career."

There are at least two reasons why many employees don’t want their recognition shared with a lot of people. "Some employees likely just feel uncomfortable in the spotlight," Vickberg says. Also, some people think it feels more sincere when delivered privately in a smaller group. "For some, public appreciation can feel like a spectacle that isn’t really about them or what they’ve contributed."

Gender and generational differences in how people want to be acknowledged

"We didn’t find a lot of statistically significant gender differences," Vickberg says. However, women were more likely than men to prefer a written thank you. So, what accounts for this? "Perhaps this is because women are more likely to be thank-you-note-writers in their personal lives," she muses.

The largest generational differences are present in who employees prefer to be recognized by. "Millennials are most likely to value recognition from leadership, while baby boomers more highly value recognition from their colleagues," Vickberg explains. "With such a large proportion of the workforce now represented by millennials, programs designed to encourage peer recognition should be viewed as a supplement to, not a replacement of, recognition from managers and leaders."

The biggest differences were based on the four Business Chemistry types:

Pioneers value possibilities and spark energy and imagination. They’re outgoing, spontaneous, and adaptable. "Say ‘thank you’ and provide them a chance to try something new," Vickberg advises. "Ask their colleagues or the boss’ boss to deliver the thanks."

Drivers value challenge and they generate momentum. They’re technical, quantitative, and logical. "Give them a challenging opportunity and thank them when they’re successful — and also thank them when their expertise has been crucial." These individuals would really appreciate the higher-ups acknowledging their performance.

Guardians value stability and they bring order and rigor. They’re practical, detail-oriented, and reserved. "Ask them whether they prefer a new opportunity or financial reward." Vickberg says these employees should be thanked for making a strong and steady effort and when their expertise adds a certain value. “You can recognize them yourself or invite leadership to share but keep it a bit quiet."

Integrators value connection and they draw teams together. They’re empathetic, diplomatic, and relationship-oriented. "Offer them a sincere thanks and ask if they would like a growth opportunity."

You need to acknowledge their efforts and commitment to core values as much as their successes. "They would appreciate an acknowledgement from you, and you can include their colleagues, but limit it to a small group."