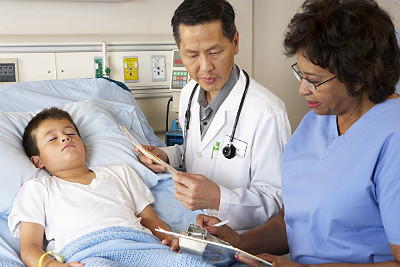 There is plenty of recent evidence suggesting that empathy could improve clinical outcomes. Empathy has been defined as the ability to stand in the shoes of another and look at the situation from someone else's view.

In the healthcare discipline, researchers define empathy as "a predominantly cognitive attribute that involves an understanding of the patient's experiences, concerns and perspectives, combined with a capacity to communicate this understanding and intention to help."

In general, empathy is conscious and nonjudgmental. In comparison, sympathy is emotional and is involved in development of feelings for a patient, which could interface with the objectivity required for the medical assessment/treatment.

In a recent study, self-reported empathy levels were measured among 1,111 students from two Australian universities across eight different health programs. The mean empathy score in females was significantly higher than the males.

Furthermore, paramedic and nursing students had significantly lower empathy scores than other participants. One of the reasons paramedics were reported to have the least level of empathy could be that they were regularly exposed to patients' pain and suffering. Alternatively, their job's dangerous nature might contribute.

According to the researchers in the study, empathy can ...

Furthermore, there has been evidence to show that older students had a higher level of empathy. This could be due to an increase in life experiences, such as love, loss, pain, suffering, regret and loneliness that may let a person to be sensitive to the same experiences in others, eventually leading to an increase empathy level in this population.

However, the same might not be true in the case of patient-physician relationships. On average, 1 percent of the patients' dialog has been reported to experience the physician's empathy.

In summary, it is generally believed that effective educational programs could improve empathetic skills for those who work in the healthcare field.