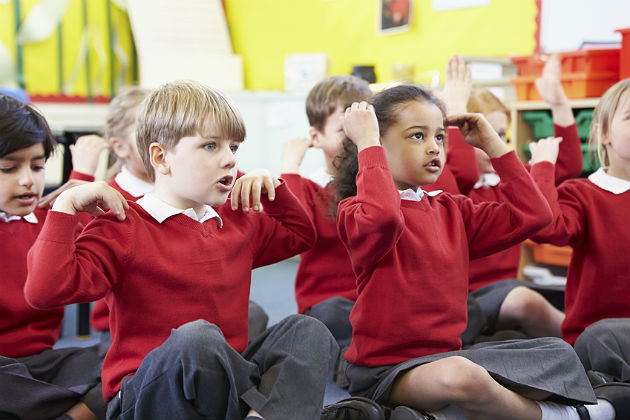 As an experienced educator new to a decades-old university-based ESL program, I quickly found a curriculum moribund from decades of inattention and lacking best practices. The program, whose primary mission is to prepare students for university matriculation, had lost its CEA accreditation and was trying to regain it.

In the classroom, it meant working with outdated texts, weak assignments and flawed assessments. To resuscitate my listening and speaking and pronunciation courses, I used music and art to invigorate the materials and the students. Even students who did little else all term were passionately involved. I used the work of some of my intellectual heroes to inform the exercise I developed.

As long ago as 334 BC, Aristotle noted that children possess their "specific skills and talents," and in the 1700s, Rousseau, Pestalozzi and Froebel wrote passionately about the need for educators to take into account students' sui generis.

Two hundred years later, Dr. Howard Gardner and Dr. Thomas Armstrong established themselves as the preeminent contemporary researchers of multiple intelligences and learning styles. Their work is the prevailing research to which legions of educators look for innovative approaches to teaching.

Gardner identifies eight intelligences and observes that traditional education approaches are laden with testing and focus on the proverbial "reading, writing and 'rithmetic." Gardner asserts the need to design lessons — indeed, entire curricula — "to account for a broader range of human potential in children and adults."

Drawing upon these influences and others, I developed and implemented a term-long listening and speaking exercise rooted in music and art — one that, with a bit of ingenuity, can be adapted across disciplines, courses and levels, as you'll see.

Centuries ago, Beethoven observed, "Music is the electrical soil in which the spirit lives, thinks and invents." Since the great musician's declaration, significant research has demonstrated music's relevance to facilitating learning.

Likewise, because, as Balbina Ebong and Marta J. Sabbadini note, songs in English are "authentic and easily accessible," they provide an engaging opportunity for students to expand their vocabulary and to practice pronunciation (including differences among sounds and syllable stress), rhythm and connected speech. Music is instrumental, if you will, in lowering students' affective filters. And when they are lowered, students are open to taking risks and learning.

Just as music plays an integral role in authentic education, so does art. George Dugan, one of America's finest representational artists, exclaims, "Anyone can draw! What you see is what you think, and what you think is what you see." Dugan explains how essential drawing is:

"Drawing helps us to learn to 'see' ... into the significance of all things observed. Drawing can help to encourage a greater ability at observation and a better sympathy toward the world outside ourselves. Drawing is an intellectual act.

"Learning to draw can help one to expand a greater imagination, and to encourage a sensitive, perceptual, and penetrating ability toward our personal subjective and objective analytical abilities.

"... Learning to draw is an [sic] cerebral act, and it can in fact extend our intellectual scope, open knowledge of history, encourage research, enlighten, develop organizational skills, as well as improving ones [sic] dexterity."

Even National Institutes of Health researchers found that when art is used to teach medical students the power of observation, their "observational acumen and diagnostic capabilities" improve. Harvard University medical students using art to hone their observation skills were found to apply those skills to working with their patients.

To implement the exercise I developed, I first chose a song that would be appropriate for my students' skill level. Over time, I used "Do Re Mi," "Here Comes the Sun" and "Don't Worry, Be Happy." I searched YouTube for renditions that had singing and lyrics. I did not want to use karaoke because there is no singer to provide the scaffolding students need: Students do not know the songs, so it helps to hear a singer modeling the songs.

I asked students if they listened to music, and they all did. We talked about what kind of music they enjoy. I distributed a cloze exercise and asked students to listen to the song I was about to play, while doing their best to complete the exercise. I assured them they did not have to be concerned with spelling.

When everyone was ready, I played only the audio of the song, and students furiously filled in the blanks. Invariably and spontaneously, students tapped their feet and hands and often began to sing along. I played the song at least three times, after which I had students volunteer to fill in the blanks on a master copy projected on the document camera (doc cam).

Students were eager to debate with one another about what they heard. When the master was complete, I played the song again, at which time I projected the video on the classroom screen. Students checked their answers against the lyrics in the video, and we discussed the song's meanings. After students viewed the video once, I had them stand, and I began to gently coach them in to singing.

I began by having them sing only two lines. I stopped the video again and again as they learned the lyrics. Slowly, a couple or a few lines at a time, students and I practiced. For homework, I gave them the video link and asked them to practice.

Over the next several weeks, we practiced a few times each week. After students had learned the lyrics and melody, I divided the class in two, and we practiced singing by alternating verses. My role was conductor; I pointed to one side of the room and then the other, back and forth, and then coming together as a group for refrains.

I coaxed them into singing louder when they were barely audible. And though certainly I'm no singer, I did as the adage implores and sang as though no one were listening, so the students would know that I, too, was taking a risk.

As students' proficiency grew, I sometimes introduced gestures, which worked particularly well with "Do Re Mi." Imagine, if you will, a variant on the '70s classic, "YMCA." It was common for students to arrive for and leave from class singing or humming the song, even on days when we hadn't practiced.

The next step was to have them illustrate the song. To class, I brought bags of multicolored markers and loads of butcher paper and reassured students that, as Dugan believes, "anyone can draw." 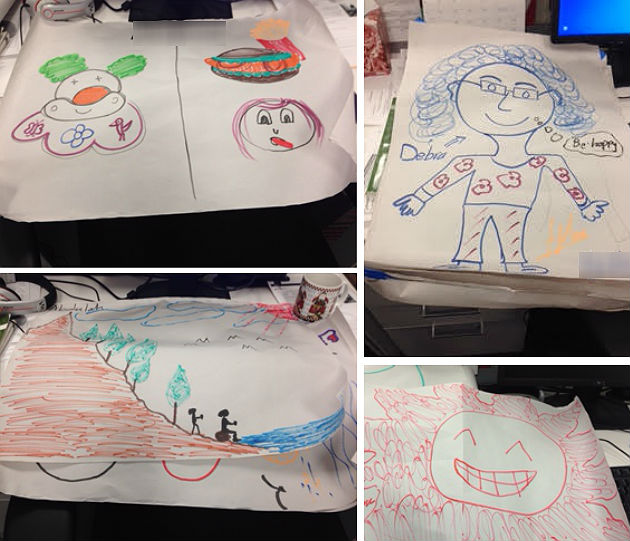 Once students had completed their artwork, we practiced singing and holding the artwork at germane points in the song or using the gestures they'd learned to accompany the lyrics.

And then it was show time: On a day when we had conversation partners (CPs), we concluded class with the students' performance.

"We have a surprise for you," I told the CPs as students took their places around the room. I cued the music video: Students held their artwork and sang their hearts out. The CPs smiled broadly and applauded wildly, as though they were at a Springsteen concert.

Because CPs were eager to participate, I played the song again, and we sang and danced.

The first time my students performed, I cried at the conclusion. I was as proud as a mom watching her child's graduation recital at Julliard. Months later, when I would see those students, many regularly broke in to song, and my heart sang along.

Your heart will sing as well when you delight in your students' musical and artistic achievements.