Elder tech: The next level in age‑friendly housing 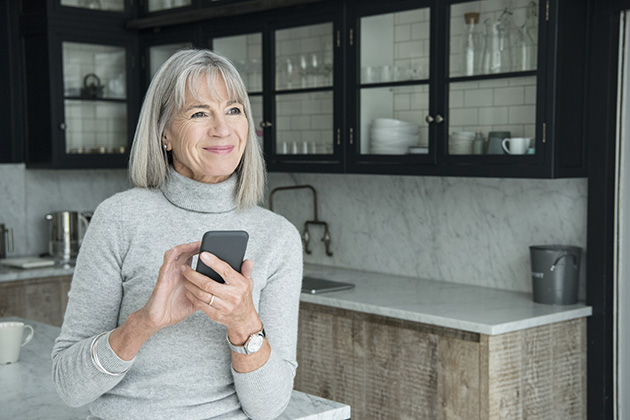 Builders have come a long way from the days when putting in a ramp, some grab bars and maybe a wheel-chair accessible bathroom was regarded as design for aging. As the nation's older population has expanded, builders have adopted accessibility and visitability standards and universal design principles into their properties — both single-family and multifamily.

Now, the future has come knocking once again. Looming on the horizon is an evolving hybrid of smart technology and home care that may dramatically extend the elderly's ability to age in place. And it will require the proper built environment to support it.

Numerous surveys have shown that a large majority of mid-life and older Americans plan to remain in their homes — either their current home or their "retirement" home — as they age, rather than move to a senior living community or senior care facility. Those plans often run afoul of later life-stage issues, such as the death of a spouse or development of health or mobility problems, which make it difficult for them to function in their own home.

In its recent report on the impact of demographic change on the remodeling industry, the Joint Center for Housing Studies at Harvard states, "While less than a quarter of owners age 55-64 reported a household member with disabilities in 2015, the share jumps to nearly a third among owners age 65-74 and to more than half among those age 75 and over."

When the baby boomer generation reaches its mid-70s (in just four years for the oldest), many boomers could be faced with having to substantially modify or give up their homes.

In addition to environmental issues that can make it difficult for the elderly to remain in their homes, managing on one's own and maintaining a regimen of diet and treatments for multiple health issues can prove daunting. Consequently, demand for home care is expected to skyrocket within the next decade and likely exceed availability.

Some innovators in the tech sector have begun to address this situation. At a recent gathering at the University of Wisconsin-Milwaukee's Innovation Campus, presenters discussed a variety of "elder tech" solutions under development to fill the gap in senior care, including telemedicine, remote monitoring, passive fall prevention and social robotics.

The latter is already well underway at INF Robotics, Inc. in Fairfax, Virginia, which has developed a prototype named "Rudy," which delivers medication reminders, carries things and allows doctors and caregivers to check in with the elder homeowner. Other approaches are being developed for existing technologies, such as wearable monitoring devices (e.g., Fitbit) and apps for tablets that can be used to check in on and communicate with the homeowner. 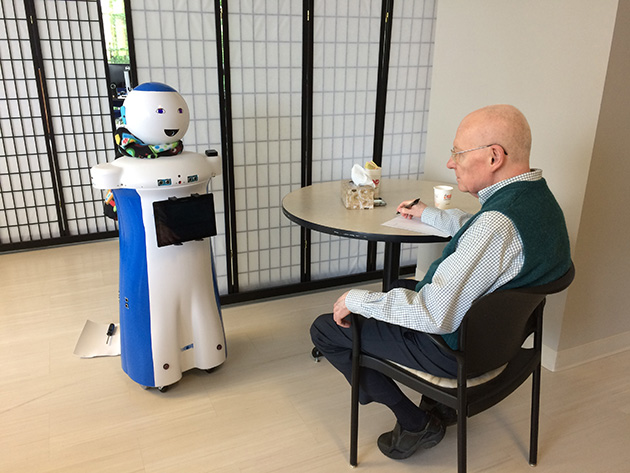 
These products are just the first forays into what is expected to be a burgeoning industry in the years ahead. Smart home technologies can be employed to provide a more holistic monitoring and support environment for older residents.

Foreseeing that tech-savvy boomers will want the latest technology to enhance their quality of life, the Masonic Homes of California, for example, is testing out smart apartments in some of its continuing care retirement communities. The apartments integrate sensors, voice control for lighting and temperature, a video doorbell and a smart medication dispenser that monitors and updates residents' prescriptions remotely.

It is only a short walk from elder tech smart apartments to elder tech smart homes. Carol Marak, editor at SeniorCare.com, recently asked aging experts how technology could be used to address some of the most pressing challenges facing the industry.

Ai-jen Poo, with Caring Across Generations, responded, "I would design high-tech homes that support independence and quality of life for seniors and their caregivers. The home design would include collaboration with fall-prevention experts and ergonomic equipment to prevent injury on the part of caregivers." Kathy Birkett, of Senior Care Corner, said, “I would develop a whole-house automation technology solution with a menu of options that can be tailored to meet the needs of each senior."

Health and wellness advocate Deepak Chopra recently teamed up with well-building pioneer Delos to design some units in a forthcoming luxury apartment complex in Miami to support "biological living," which he predicts will be "the next evolution in real estate." Wellness features and technologies designed into the residences enhance both the physical and emotional well-being of the homeowner, including advanced air and water purification systems, temperature and humidity control, and a lighting system based on the body's circadian rhythm.

Nature views, found to promote healing and wellness, are an integral part of the design, including customizable scenes and dawn simulation. Even the finishings and colors were selected to create a sense of nature blending with the living space.

While beyond the means of most older Americans, the apartments shine a light on what is possible when health and wellness technologies are integrated into the built environment. Just as millennials expect whole-home technology support as a given for any home they would want to buy, so aging boomers will want the best elder tech they can afford to help remain independent and living in their own home.