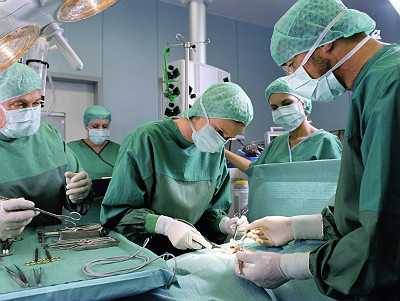 Job reports indicate hospitals and health systems are laying people off in quantities not seen since 2009. But the news should not be viewed as a cut in services. Rather, an effort to improve efficiencies and reduce waste, industry insiders say.

For the third time in five months, the healthcare sector announced the most job cuts of any other industry, according to an Oct. 3 layoff report prepared by the Chicago-based outplacement firm Challenger, Gray & Christmas. Healthcare organizations announced layoffs totaling 8,128 in September. This is the highest monthly job cut in healthcare since November 2009 when 9,558 layoffs were announced.

“The healthcare sector is adjusting workforce levels due to cutbacks in Medicare and Medicaid reimbursements initiated under the Affordable Care Act as well as overall reductions in federal spending due to sequestration,” said John A. Challenger, chief executive officer of Challenger, Gray & Christmas.

But analyst Dr. David Friend, managing director in the healthcare practice at BDO Consulting, said this doesn't mean a cutback in services. It simply means the healthcare industry is looking at ways to become more efficient and reduce waste. Areas considered high cost that don’t offer much value will be targeted for reduction, he said.

“Care may well get better” as a result of the layoffs, Friend said.

Friend said as healthcare moves to a model of providing the right care, at the right place, at the right time and at the right cost, care will move away from hospitals and in to outpatient facilities as well as the home. Areas such as home healthcare or skilled-care nursing could see an increase in staff as a result of this shift.

Cleveland Clinic has made headlines for announcing its plans to reduce its headcount as part of a goal to cut $330 million from its budget. Spokeswoman Eileen Shiel said the cuts are part of an eight-year effort to cut waste and make sure the hospital is operating as efficiently as possible.

The current healthcare system was built in the 1950s, Sheil said. Many aspects of care delivery have changed since then. A system focused on high quality and efficient care “is the new normal,” she said.

Cleveland Clinic hasn't yet decided where the workforce cuts will occur, according to Sheil, but some will be through attrition and early retirement. Cuts won’t be made in areas facing the biggest demands from the newly insured patients who will start entering the system next year as a result of the Affordable Care Act, she said.

“We’re trying to be smart and scrutinize what we do,” she said.

Challenger said many medical centers went on buying sprees in recent years, acquiring primary care offices because they knew they would need them. These acquisitions may have created duplication in many administrative areas that the hospitals are now eliminating, he said.

Friend feels confident that although jobs are being lost now, eventually more will be created in areas that focus on efficient care.

Sheil said she’s not sure what Cleveland Clinic's workforce needs will be down the road.

“There’s still a lot of uncertainty,” she said. “There’s just not a lot of clarity about how healthcare reform and the new law is going to affect hospitals very specifically. So I think hospitals are doing all they can to do what they need to do to prepare.”

Are job losses a sign of tough times ahead for the healthcare industry?