Education groups making sure ESEA reauthorization doesn’t get left behind 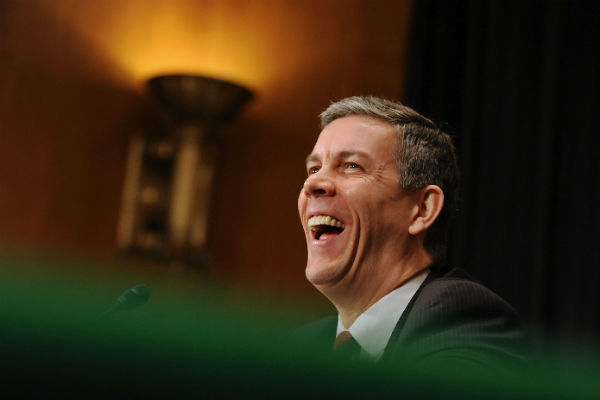 U.S. Secretary of Education Arne Duncan will step down at the close of 2015, to be succeeded by John King, Jr.

National education organizations have launched an intensive social media and digital ad campaign to push Congress to act on the reauthorization of the Elementary and Secondary Education Act. Their pointed message stresses creating opportunity for all students, despite their locations — legislation that has already seen much development and simply needs that final push toward the revised law.

The current, much-despised version of ESEA, also called the No Child Left Behind Act, has perhaps received more criticism than any of its predecessors and has become too dated to be of use anyway. There is an urgent need to address both social and economic impediments and alleviating their effects on educational achievements and even opportunities.

ESEA reauthorization, which has been stalled since 2007, has seen overwhelming support this year as the Senate passed a bipartisan bill to rewrite the law. The education groups have urged Congress to make supporting disadvantaged students their highest priority. With the ESEA reauthorization, the poverty-related barriers to success for students can finally be overcome.

These agencies represent a broad spectrum of representatives from all education and interest groups, including teachers, school administrators, principals and state officials. To date, they have proven to be very influential for ESEA reauthorization, making sure the Senate version of the bill didn't get stalled earlier this year. Then, they moved to influence the House of Representatives on negotiations to reconcile the two bills, which they did successfully in July.

Recent years have seen America begin to fall behind when compared to other countries in comprehensive academic achievement. The need of the hour, therefore, is to lay the right foundation and help bridge this gap.

While it is important to set high, meaningful standards for all students, doing that through narrow test-based accountability may not be the right way. A reauthorized ESEA can address these disparities through funding and ensuring quality time for all students to learn in creative, engaging ways, by aiding districts to provide all-around and comprehensive wellness, counseling/guidance, physical and mental and emotional health support for all students.

Another major focus is on issues like which programs should stay in the law, how much power and reach the U.S. Secretary of Education should have, and of course accountability. Overall, the goal is to provide universal access to high-quality early childhood education that will create the true foundation for success.

Accountability has perhaps been the key barrier to compromise between the old and new versions and change. Groups that stress this point support the current policy of annual testing for students but also demand more fiscal responsibility from states.

Lawmakers working on K-12 issues are now trying to negotiate a deal that will not only get through both houses of Congress but also be signed by President Barack Obama by the end of the year. Perhaps there won't be an end to this debate, and that's OK. However, it is imperative that the groups join hands to ensure that a more updated and modern academic policy is implemented soon.

The list of education groups supporting ESEA reauthorization include: