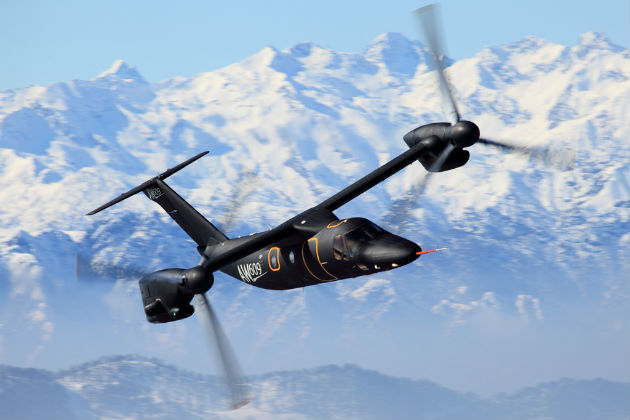 It didn't take long for the chattering class to start writing the obituary for the AgustaWestland AW609 TiltRotor shortly after a prototype crashed Oct. 30 in Italy, killing the crew.

And if you think you've seen this movie before, you have. The detractors of the AW609's big brother, the V-22 Osprey, hauled out the same tired, old sheet music Luddites have been out-of-tune croaking to since Icarus strapped on a pair of wings, when the first V-22 went down more than two decades ago.

Too costly, complicated and mechanically and aerodynamically unsound we were told at the time. No less than former Vice President Dick Cheney tried to have the program killed — repeatedly.

Today, it is an invaluable component of the U.S. Marine Corps' and the U.S. Air Force's arsenals, a key tool in both power projection and search and rescue with new missions coming on line such as supporting the presidential mission and aircraft carrier re-supply.

True, it is not cheap. Machines with extraordinary abilities rarely are. Just compare any helicopter to a fixed-wing aircraft, and you begin to understand.

Any accident is tragic, but what is truly amazing in today's aircraft development in test environment, frankly, is that they do not happen more often. Computer and simulation technology has become so good and so sophisticated that test program crashes — events that were commonplace in the 1950s — get a great deal of notice today because they are so rare, even with a machine as complex as the AW609.

Given its anticipated cost — somewhere north of $19 million — it's unlikely we will someday see an AW609 atop every hospital helipad. But they could be judiciously and effectively deployed by the U.S. and other Coast Guards, by deep-water off-shore energy operators for HEMS missions, and in sparsely-populated places such as Canada and Alaska.

AgustaWestland remains committed to the program, and these deployments will come, most likely sooner than later. Test ships Nos. 3 and 4 are under construction, and most flight testing is moving to the United States under the watchful eyes of the FAA. While there likely will be some delay in the program, it is unlikely to be a lengthy one.

In the HEMS business, we spend a lot of time looking at the operational mission risk. But while largely mitigated, development risks remain.

Test pilots fly with a new de-icing system, engine, avionics, main or tail rotor blades, gearboxes or transmissions, or in some cases such as with the AW609, an entirely new class of aircraft. They quietly go about their business day in and day out, sometimes risking their lives for the rest of us.