Don’t make the same mistakes as FanDuel and DraftKings 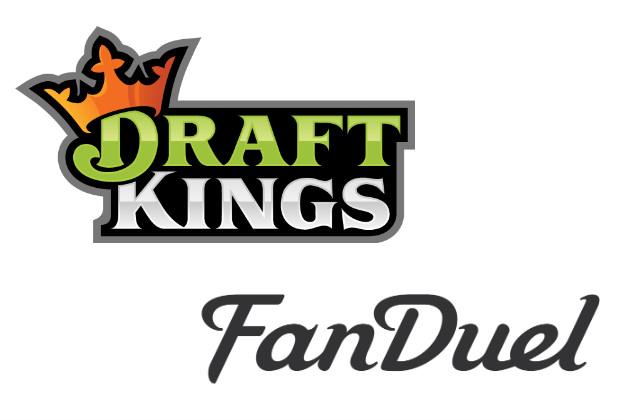 If you were among the millions who tuned in for the NFL season kickoff Thursday night, you surely noticed all the pomp and fanfare. You also likely noticed the league and its broadcast partners haven't cut back on advertising.

You also may have noticed what you didn't notice.

Those who watched any amount of football last season — or really television in general — undoubtedly saw commercials for daily fantasy sports sites DraftKings and FanDuel. Lots of them. And then lots more. In fact, in one week alone last September, DraftKings and FanDuel ran more than 5,000 TV spots combined — totaling more than 44 hours — at a cost of more than $32 million, according to an article by Mashable.

The daily fantasy craze seemed to arrive almost out of thin air, but then just as quickly found itself on life support less than a year later. A primary factor in its reversal of fortunes? Advertising.

While the circumstances are admittedly unique in that daily fantasy sports brushed up against gambling laws that complicated the scenario, the sites' carpet bombing techniques of advertising offer a worthy study. What lessons can be learned?

It's easy to start with the annoyance factor. It seems counterintuitive to annoy your potential customers by assaulting them with marketing messages. Optimum frequency is one thing; bludgeoning the audience is another.

Despite the fact both companies knew the persistent ads were rubbing many the wrong way — Van Natta quoted one FanDuel employee as saying, "People asked me, 'Where do you work?' And I'd say, 'I work at FanDuel. I'm sorry about the commercials.'" — research indicated outspending the other guy was actually working.

FanDuel would outspend DraftKings and gain market share. DraftKings would retaliate by throttling up its marketing. FanDuel responded in kind. Saddled with war chests full of investor funds, the companies battled each other in a nonstop advertising arms race, convinced he who had the most nukes wins.

"I've been playing fantasy sports in some form or another since I was a teenager, so I'm definitely in the target market for daily fantasy sites like DraftKings and FanDuel," Ross Lancaster, a 28-year-old content editor, said. "However, after seeing their ads at least once every commercial break during last football season, their marketing was so annoying and ubiquitous that it actually deterred me from playing when I could have been a customer."

It was one particular annoyed viewer, though, who had the capacity to do something about it: New York Attorney General Eric Schneiderman. While Schneiderman initially turned an eye on daily fantasy sites because of insider trading allegations (based on employees of the companies playing and winning on competitor sites using proprietary information), it was the adverts' claims of instant wealth that piqued his attention and eventually led to legal action.

In December 2015, the New York Supreme Court issued an injunction against FanDuel and DraftKings. Schneiderman and his team sought massive financial penalties against the companies for violating false advertising and consumer fraud laws.

Most concerning to Schneiderman and his staff was the way DraftKings and FanDuel blatantly positioned themselves. Van Natta quoted one attorney general staffer as saying, "Even beyond the illegal gambling claims, the evidence of false and deceptive advertising was massive."

From there, the daily fantasy rocket started returning to earth. The genie was out of the bottle, and states began looking into the very legality of the businesses themselves. Investigations found the promotions utilized gambling language, and it was clear the sites had determined the best way to lure new customers was to tout massive jackpot payouts, regardless of near-impossible odds.

This was all in direct conflict with the very edicts DraftKings and FanDuel initially established in 2014, when FanDuel CEO and co-founder Nigel Eccles himself suggested they "avoid the use of gambling terms in the promotion and marketing" of their sites.

As the lucrative NFL season begins for 2016, both sites have worked through some of the legal hurdles that arose across the country. Many states have addressed the subject of daily fantasy leagues, and some have declared it legal while in many others the sites are still operating as legislation is considered.

The two companies are confident in their future, but the turbulence has spurred some new approaches to selling themselves. It seems the sites have learned hard lessons from their over-the-top marketing.

"I think we did ourselves and did the industry a disservice," DraftKings CEO Jason Robins told Van Natta for his report.

Expect to continue seeing advertising for daily fantasy leagues this football season, but with a different angle and less aggressive approach.

"We took a long hard look at our brand and knew that we needed to change how we presented ourselves in order to reflect our corporate identity, speak to sports fans and pave the way for future success," Eccles told Marketing Daily.

In other words, they overhauled their marketing approach. The 2016 football season will see FanDuel emphasize the camaraderie and friendly competition aspects of fantasy games. As it turns out, many players said those things were more important to them than landing a long-odds, massive jackpot.

"The ads didn't really bother me much; I played for fun, not to win the millions they promised in those ads," Dallas-based digital marketing executive Colby Horton admitted. "I'll keep playing until the state of Texas says no more."

Both sites are also dipping their toes into becoming ad platforms themselves, using sponsorship opportunities to partner with brands. FanDuel inked a million-dollar deal with Bud Light, while DraftKings has joined forces with TGI Friday's and Paramount Pictures in sponsorship deals. Both hope this approach could eventually become a significant portion of operating revenue, reducing their reliance on taking a "rake" from player entry fees.

So while most businesses don't have to worry about their legal status, there are still some lessons to be drawn from the story of FanDuel and DraftKings, like avoiding a costly war with competitors that could end up damaging the reputation of all involved.

Also, beware of crossing that line where ad frequency becomes ad nauseam. You want your marketing to inform, not annoy. Always carefully consider the language you choose in your advertising. Sometimes semantics can make a significant difference.

Finally, also consider alternative streams and avenues for marketing. The traditional lines of company advertising product or service are breaking down. With the right approach, it might even be possible to turn an expense into income.