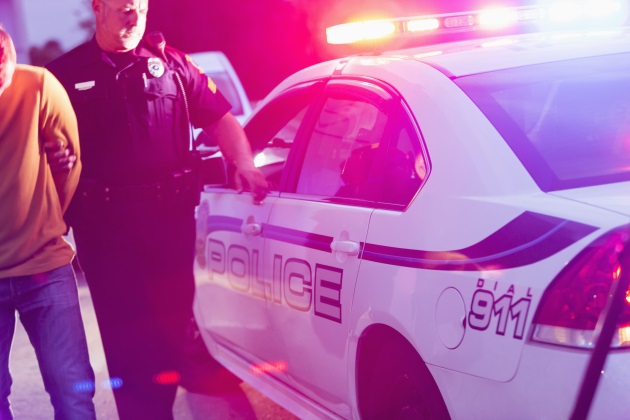 Approximately 10 million women and men are victims of domestic violence in the U.S. each year.

Law enforcement officers are on the front lines of these cases as first responders to these assaults and are often vulnerable to sudden attacks themselves. In many domestic violence assault incidents, alcohol and drugs are key factors that make the situation even more unpredictable.

In June, Tara O'Sullivan, a Sacramento, California, police officer was shot while responding to a domestic violence call. She was helping a woman collect her belongings to leave her home, but the gunman on the scene fatally shot her. She was only 26.

Earlier this month, a Pittsburgh man opened fire on police officers when they responded to a report of a domestic disturbance. Officers had no choice but to return fire.

Domestic violence cases are emotionally driven, which makes them so much more dangerous for law enforcement. While they respond to numerous such calls, each individual involved, and each volatile situation is different.

Officers have to remain calm, assess the situation and make split-second decisions on how to approach the people involved.

More often than not, domestic violence calls have incomplete information. Neighbors notice an escalating situation and call 911, but dispatchers do not receive complete or correct information at all times.

As a result, officers do not have a clear perspective of the situation that they are going into and remain unprepared for the dangers that await them. This is as true to out-of-control situations as it is of incidents that may not be so volatile and are often exaggerated, making these very high-risk calls for officers.

The tragically large number of such cases has necessitated specialized training. Officers undergo training in which they learn to assess a situation, determine crime, and ensure the safety of all parties involved in an extremely tense and chaotic situation.

Partnering officers secure the scene, interview witnesses, follow their observations, and begin piecing together what triggered the incident. They are trained to use cruiser and body cams to record surroundings and personal interviews and submit the paperwork.

Their priority is to deescalate a fight, but the training also teaches them how mental health plays a factor. Officers face risks not just from the abuser but sometimes even the battered victim who may believe that the officer is interfering in a personal matter.

Some counties in Mississippi have introduced a domestic violence app that will make it easy to report such crimes and provide viable information for officers so that they can go in better prepared.

According to a Police One report, the most dangerous moments are when the officer is approaching the scene and while attempting arrest. Officers need to go onto high alert modes during these times since statistics show that these are when a domestic abuser intends on killing a police officer.

Departments in Washtenaw County, Michigan, have introduced “Lethality Assessments” to change the way they respond to domestic violence calls. The assessment is a brief questionnaire that the victim will be asked by the first responders that will help officers determine the extent of the danger.

Once in practice, this will serve victims and officers, as they can both assess the level of risk and help save the lives of police officers and victims.