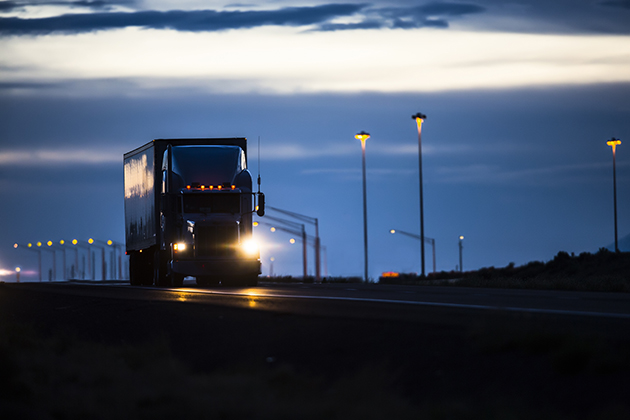 Recently, Democratic lawmakers from New York and New Jersey proposed legislation that would force federal transportation officials to implement a rule that would require mass transit operators to be tested for obstructive sleep apnea (OSA). This move follows the NTSB's findings that a deadly 2013 passenger rail crash was the result of an engineer with an undiagnosed case of the condition, falling asleep at the wheel.

Battles in Congress and in the industry have ensued, as everyone weighs in on the merit and cost of the idea of federally imposed testing and regulations.

A recent National Transportation Safety Board (NTSB) study came to the conclusion that the drivers of two commuter trains that crashed in 2016 — one in Brooklyn, New York, and the other in Hoboken, New Jersey — were found to have sleep apnea. According to the recently released documents, neither train engineer could recall the moments before the accidents. The crashes killed one passenger and injured hundreds more.

The report prompted lawmakers into action.

"The recent findings released by NTSB on the Hoboken and LIRR crashes underscore just how shortsighted and reckless the Trump administration's recent decision was to reverse the rule requiring sleep apnea testing and treatment," according to a statement by Sen. Cory Booker (D-N.J.). "We simply cannot stand idly by and wait for the next tragic incident."

Early this year, the Trump administration announced that it had withdrawn Obama-era requirements that train engineers and truck drivers be tested for sleep apnea. The most new legislation would require the Department of Transportation to overturn Trump's decision.

While some in the industry supports Trump's withdrawal — like the American Trucking Associations (ATA), which has said it opposed the previous administration's attempt at "rushing the rule-making process" — others disagree and back the current bill.

According to a statement by Jackie Gillan, the president for Advocates for Highway & Auto Safety, this legislation is basic "common sense."

"Many large truck drivers are pushed to work long shifts with irregular schedules and often without adequate sleep," Gillan said. "OSA is a serious medical condition that, when left untreated, contributes to driver fatigue, a well-known and well-documented safety hazard. The National Transportation Safety Board (NTSB) has frequently cited fatigue as a contributor to truck crashes and included reducing fatigue on both the 2016 and 2017/2018 Most Wanted List of safety changes."

While industry leaders weigh in, it's the drivers' opinions that may matter the most.

In an interview with MultiBriefs Exclusive, Rodney Wood, a former truck driver who was contracted with Liberty Transportation, noted that sleep apnea is a real problem, one that the transport industry has had to deal with for quite some time and one that testing in its current state may not always catch.

A lot of truck drivers are overweight and are obvious suspects for developing the condition. Unfortunately, testing isn't always frequent enough to diagnose them, Wood explained.

"Guys may not be tested more than twice a year," he said, noting that in the time between testing any number of sleep apnea-related incidents could occur.

Relating one story, Wood — who was very health conscious during his time in trucking — still had an incident where he fell asleep behind the wheel.

After one particularly long 16-hour haul, Wood returned back to his home base to find that his company had one more haul for which no one had volunteered. He offered to make the short run, only to fall asleep on an empty ramp. He awoke almost instantly, but the short time asleep was enough to send him offroad toward a line of trees.

Narrowly escaping catastrophe, the experience changed his life, convincing him to slow down his pace.

"And it wasn't even sleep apnea," Wood said. "That was simple fatigue."

Wood, who had his own LLC and small fleet, also employed drivers and thus understands the importance of testing. While politicians and industry execs currently argue over the costs, Woods believes the legislation would be a benefit for drivers' health and safety.