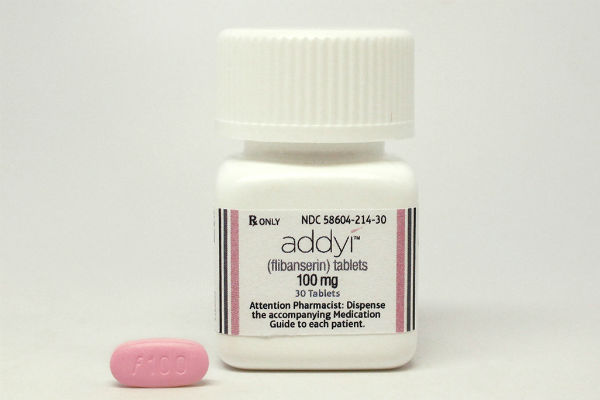 It has been popularly called the "pink Viagra." Sally Greenberg, executive director of the National Consumers League, called it "the biggest breakthrough for women's sexual health since the pill." I would certainly call it a victory in terms of marketing, lobbying and approval.

"It" is Addyi (pronounced ADD-ee), and it is the first and only medication approved to improve libido in women.

The news broke Aug. 18 when the FDA approved flibanserin (Addyi), the Sprout Pharmaceuticals drug indicated for the treatment of hypoactive sexual desire disorder (HSDD) in premenopausal women. Specifically it is for women with "acquired" (i.e., they previously had a stronger libido) and "generalized" (i.e., libido is now always low no matter the circumstances) HSDD.

Following the approval, Sprout was almost immediately purchased by Valeant for something on the order of $1 billion. For that level of investment, someone is expecting big things. The sales force is already getting lined up for an October launch with extensive detailing expected throughout the women's health markets.

To give you some background, the active ingredient, flibanserin, was actually twice rejected by the FDA on the basis of unimpressive efficacy and concerning side effects. Boehringer Ingelheim dumped it in 2010 after the first rejection. That is when Sprout pharmaceuticals formed in order to acquire it and continue the research.

Sprout was rejected by the FDA in 2013, but pressed on. It seems that after the second rejection, certain women's health groups had had enough. Through various letters and an "even the score" campaign, they seem to have helped get flibanserin to market.

But does it really work? And is it worth the risks?

That is the billion-dollar question. The FDA seems to think so. The advisory committee voted favorably (majority) for the drug. The question remains though: Are the results good enough to make it a sales blockbuster?

The three efficacy studies were done over 24 weeks and focused on primarily three areas:

While the results of the double-blind placebo controlled trial were far from dramatic, there was a statistically significant improvement in some of these endpoints for patients using flibanserin.

Though it appears to be far from a medical miracle, there was some improvement. Some is better than none. At least that appears to be the FDA opinion.

As for side effects and/or drug interactions, there is that inconvenient but undeniable and significant hypotensive reaction when combined with alcohol. This may be more of a concern than the modest improvements in sexual desire.

Alcohol use is a contraindication due to this. So significant is the concern that the product is only available through a Risk Evaluation and Mitigation Strategy (REMS) program, which ensures both prescribers and pharmacies are properly educated on the importance of this fact.

So is Addyi really that great of a breakthrough? In a sense, sure it is. This is the first drug of any sort indicated to treat loss of sexual desire. But marketing is going to be restricted for the first 18 months due to an FDA requirement, which will hinder sales for sure.

A lot may depend on payer decisions and formulary status. Will insurance cover it? Can patients afford it? With heavy coupon distribution, Valeant may be able to make the high co-pays less painful.

Personally, I think this drug has a shot to make it big simply due to the volume of potential patients. Some studies indicate that low libido is a reported problem in 26 to 43 percent of women. While flibanserin may not be indicated for everyone, I would expect some off-label prescribing, which could potentially even include men.

For Valeant, this could mean a very satisfying financial event.