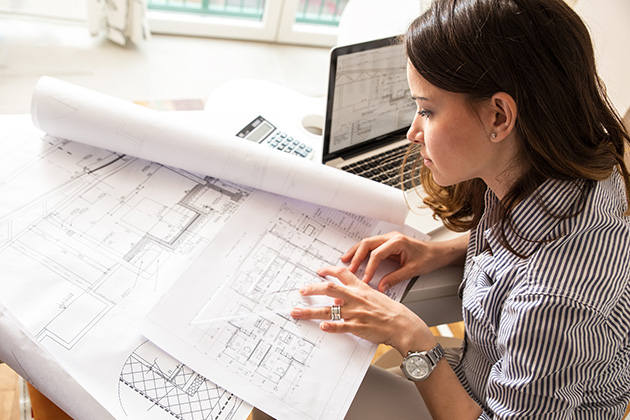 Recently, a client approached me with an intriguing business dilemma. They felt their firm could be commanding higher fees and earning more revenue if they moved to a more prosperous location. They wanted to know if I could help them determine where that location might be.

Their request got me thinking about whether and to what extent location has an impact on an interior design business.

So, I set about to see what information I could find. It turned out that while there is not information about specific businesses, there is data showing some interesting patterns that firms may want to take into consideration when determining their location and evaluating how well they are performing.

It should be no surprise that, as with employment and salaries, demand and revenues are higher in larger metro areas. The National Association of Home Builders’ remodeling by zip codes analysis finds that spending is highest in large metro areas, especially in the Northeast, at an average of $11,000 or more per household, compared to the national average of just over $8,000. Of course, the cost of living and the cost of doing business are also higher in these areas.

Geography also makes a difference. According to the new 2019 Houzz & Home Study, for example, the top spending cities for home renovations in 2018 were mainly on the coasts. That includes not only wealthy mega-metro areas like New York, Boston, San Francisco, Silicon Valley/San Jose, Los Angeles, Miami, Seattle, and Washington, D.C., but also New Orleans, Houston, Sacramento, and the not-yet-coastal Phoenix.

Even so, the study states that spending in 2018 declined in seven of the top 10 spending metro areas from 2017 — a reminder that other factors like the economy and natural disasters affect even the most prosperous locations.

Areas where the economy is recovering, such as Las Vegas, or that have become popular with certain demographic groups, such as Austin, create a demand for housing and new services that translates into more business for designers. But before rushing off for greener pastures, keep in mind that these surges usually are only temporary, and demand may decrease in the future.

The same is true for areas with high concentrations of luxury homes. Some are quite stable, but others are trendy and can shift over time.

Let’s assume you’re not wanting to move your firm to another state, just to a locale nearby where the market looks more promising. A review of U.S. Census county-by-county data shows that even within the same area there is considerable variation in what interior design firms earn.

For instance, in 2009 (one of the last years from which sales volume data is available), most interior design firms in Scottsdale, Arizona, reported average sales volumes of around $220,000. However, some firms earned $300,000 or more, and some earned $100,000 or less. Clearly, factors other than location impacted their performance.

One factor that shows up in the Census data is the size of the firm (in number of employees). Larger firms typically earn more. The type of practice — whether solely residential, or both residential and commercial, or solely commercial — makes a difference, as does whether the firm only works with local clients or accepts projects elsewhere in the same state or outside the state where the firm is located.

Returning to my client, further investigation revealed that there are designers in the same area who provide similar services and yet get vastly different rates. This can be attributed to a variety of factors, including their perceived value to the clients, as well as the fact that they asked for the higher rates and have the confidence to do so and then actually charge it. Numerous studies have shown that designers who devote more time to networking and marketing tend to earn higher revenues.

Location does matter, but only up to a point. If you’re wondering whether you should move your firm to another locale, I recommend that you first do a thorough analysis of your current business to determine if weak sales are the result of being situated in an unfruitful market or not operating effectively.

A move can be costly and is no guarantee of future success. Upping your game may be just the spark you need to revitalize your practice and bring in more business.