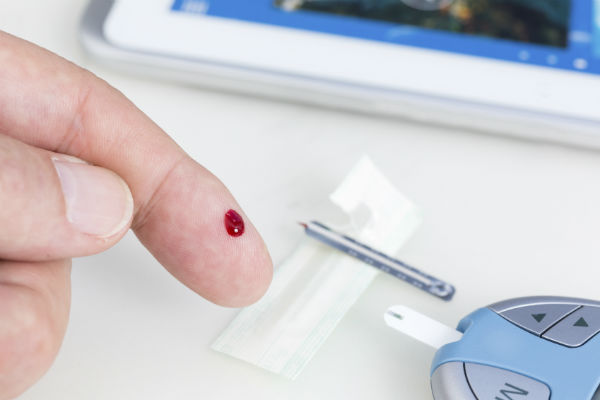 There has been a serious debate about this issue after the interim head of University of Iowa police, David Visin, recently admitted his diabetic condition may have affected his decision-making process when he interfered with an investigation involving his stepson last year. He also said he had hidden his condition from colleagues to avoid discrimination.

It is interesting to note Visin's reaction at a time when there is so much talk about nondiscrimination and multifarious reports on officers with Type 1 Diabetes doing wonderful work.

In fact, The Associated Press also reported that as many as three department officials have said there are no existing policies to prevent people with diabetes from serving as law enforcement officers. The official website reflects the same hiring language as any other department in the country — they have no official policy on diabetes for police officers, but as long as their officials demonstrate their ability to do the job it is not an issue.

It's not clear how Visin chose to hide his condition and the way it interfered with his sense of duty, though it has brought the issue to the forefront.

While most law enforcement agencies have strict medical evaluation and physical fitness standards that are set by individual departments, policies pertaining to the employment of people with diabetes lie in the gray area. It is clear, though, that these policies cannot stay there any longer.

The American Diabetes Association has been working with the American College of Occupational and Environmental Medicine for the past few years in order to create a National Consensus Guideline for the Medical Evaluation of Law Enforcement Officers. The guidelines are meant to help individuals with diabetes who wish to be in law enforcement, especially as officers.

While the general consensus is that diabetes should never a consideration for automatic disqualification, it is clear from the Iowa incident that many do not agree with this. The guideline also states each officer with diabetes must be evaluated on a case-by-case basis, which could a major criteria for disqualification in future.

The same would go for other conditions that are considered as disabilities. In each case, the police physician will consider whether the applicant is physically or mentally capable of performing his or her essential job functions.

Uncontrolled diabetes is not the only cause for worry. Several other medical conditions may lead to sudden incapacitation, like psychosis, epilepsy and heart disorders. Certain sedating and blood-thinning medications, substance abuse and sleep disorders may also lead to temporary impairments, both physical and cognitive.

Police chiefs and sheriffs need to take these cases into consideration and decide for themselves as to what is acceptable and what could cause risks to the department. While most like to tread carefully to avoid claims discrimination, remember these guidelines are also generalized. Conditions that are involuntary cannot be clubbed with medication or substance-induced states.

Clearly, new guidelines and rules must be formulated so officers with disabilities, who have a great performance record, do not face discrimination. More community outreach campaigns are needed — like the one launched by the Glendale Police Department in Arizona, announcing that people with diabetes are welcome join the force.

Glendale PD featured three of their officers who have achieved exemplary records with their Type 1 diabetes. Officer James Calderon has even gone on record to say he was turned away from the military and the New York Police Department, but received enormous support from the Glendale PD where he works as a patrolman.