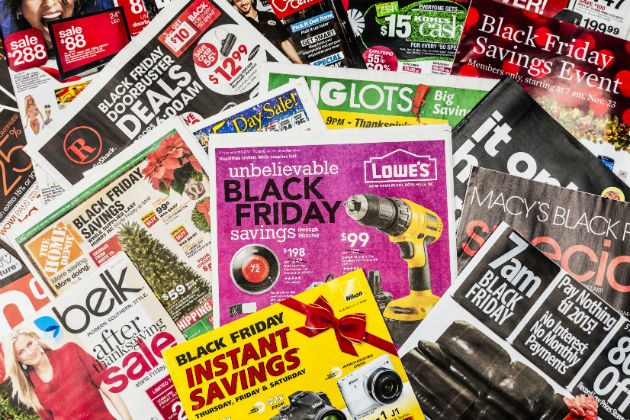 Black Friday would be described by most as the busiest shopping day of the year.

However, year after year this proves to be less and less true based on financial figures. According to ShopperTrak, retailers made an estimated $10.21 billion in sales on Black Friday in 2015, which is an 11.9 percent decrease compared to 2014.

The answer might not be so simple — or the same for everyone.

When will Black Friday start?

Other retailers are closing shop on Thanksgiving Day, offering only Black Friday shopping. Office Depot, hhgregg and many other well-known names are taking the day off. Black Friday will still happen, but only on Friday.

"Mall developer CBL & Associates said it would close 72 of its malls on Thanksgiving, while the biggest shopping center of all, the Mall of America near Minneapolis, will only greet customers on Black Friday," according to Fortune.

Keeping one of the largest retail centers in the world closed while others are opening — with huge deals — represents the changing retail landscape today.

For CBL & Associates to remain closed shows their confidence that starting holiday sales a day early doesn't make or break you. According to a survey by BestBlackFriday.com, 54 percent of respondents dislike or strongly dislike stores remaining open on Thanksgiving, with 60 percent saying they won't step foot in a store that day.

Can closing for Black Friday be successful?

Like previous years, REI is continuing to #OptOutside. Not only will they remain closed on Thanksgiving, they will not open on Black Friday either. Pressure from other retailers has not changed their stance, and they make it well known that they won't be open.

This might not work for your business, but one of the key drivers of success for this campaign is their consistency. Be powerful in your decision, and your customers will be more likely to respect your decision.

Which retailers will have Black Friday success?

You might make decent sales, but is it worth it to be open? Maybe not.

Big-box retailers — especially jewelry and electronics retailers — are on the opposite end of the spectrum, though. These are the retailers who offer extreme deals during the Black Friday shopping rush and attract record numbers.

What else can retailers do to increase sales?

These predictions show customers are not dedicating all of their holiday shopping time and money to Black Friday. If you decide to close shop for Black Friday, you have many other days to make up for it.

There is also this minuscule concept known as e-commerce that could be beneficial to your bottom line. According to RetailWire, "73 percent prefer to do their shopping outside of the holiday season during newer e-commerce deal days like Amazon Prime Day."

Shoppers today are not fearful of using their credit cards online and many in fact prefer online shopping. Providing for these customers is just as important and could drastically improve your holiday reports.

"This year, Wal-Mart will increase the number of items with Black Friday discounts allocated to online shoppers by about 50 percent," said U.S. Chief Merchandising Officer Steve Bratspies to the Chicago Tribune. In J.C. Penney’s case, Black Friday deals will be made "available online at midnight Nov. 22 — more than a day before shoppers can get them in stores at 3 p.m. on Thanksgiving."

What better way to prevent the mad rush at the Black Friday opening than offering the deals ahead of schedule online?

Black Friday is still a major day for retailers, but it is not as crucial as it used to be. With the changing retail world, retailers have options on Black Friday.

If you decide to close all together, be confident in your decision. If you plan to open early, make sure your deals are right to make it worth it. Black Friday can be a day of success as long as you are prepared. Look at your options and make the best decision for your business.

Have you determined your Black Friday hours or will you #OptOutside?