Doctors are an untapped resource in understanding ACA 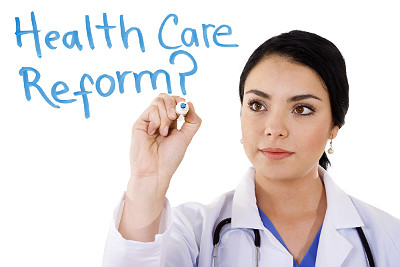 Doctors and nurses, who are among the most trusted sources of information about the Affordable Care Act in many patients' opinions, could play a valuable role in helping the public understand the law. But they are among the least used sources from which most people have actually received information.

The Kaiser Family Foundation Health Tracking Poll from August found there's plenty of confusion surrounding the ACA and what it might mean to patients. Many believe physicians and nurses can provide the best information about the law, but those conversations aren't taking place. A reason for this absence of communication could be the physicians' own lack of understanding of the law.

The telephone survey of 1,503 adults conducted Aug. 13-19 by the Kaiser Family Foundation, found 44 percent would trust information from physicians and nurses "a lot." The next most trust source was federal agencies at 34 percent. At 8 percent, the news media ranked next to last as most trusted source, beating out only social networking sites at 3 percent.

Yet, at 81 percent, the news media was the source from which patients actually heard the most about the ACA, followed by friends and family at 49 percent, and social media at 23 percent. Only 22 percent had received information from their doctors or nurses.

Physicians could offer the most value to patients when providing information about the law, said Dr. Peter Anderson, who practiced family medicine for 30 years and is now president of Team Care Medicine LLC, a physician practice consulting firm in Yorktown, Va. But many are ignoring it because there's a lot they don't understand themselves, he said.

The areas of the law patients will likely have the most questions about is payer reform and insurance exchanges, Anderson said. Physicians can help them sort out the differences between private plans and those available through the exchanges and what each might mean for their out-of-pocket expenses. They will also likely have questions about what, if any, impact the influx of insured patients will have on access, he said.

Physicians can also help patients clear up misunderstandings about the law, said Dr. Jean Silver-Isenstadt, executive director of the National Physicians Alliance, a research and education organization for physicians in Washington, D.C.

"NPA physicians believe it is important for patients to understand the benefits available to them under the law," Silver-Isenstadt said, "and generally introduce the topic simply with the acknowledgement that there is a lot of misinformation circulating about the health law and that, 'I want to make sure that my own patients have accurate information.'"

One common misunderstanding is the motivation behind the reduction in Medicare spending on tests or treatments deemed unnecessary, Anderson said. Physicians can explain, in a way many laypeople cannot, that a physician's decision not to run a certain test or perform a particular procedure is one based on a desire to reduce waste and increase quality. Not one based simply on limiting services, he said.

Anderson said it's a problem when patients are getting information from sources who are either for or against the law. The discussions are then based on politics and not on improving quality.

Having these discussions might not be easy for many physicians, especially if they don't understand the changes themselves. There are several free resources online that physicians can use not only to educate themselves, but to also share with patients.

The NPA has developed several educational videos, handouts and posters doctors can download for free and display in their practices. The American Medical Association also has an ACA resource page where physicians can get their questions about the ACA answered and print off brochures to help patients navigate their way through the insurance exchanges.

What is the best resource for information about the Affordable Care Act?