Do you really need to check an applicant’s references? Absolutely 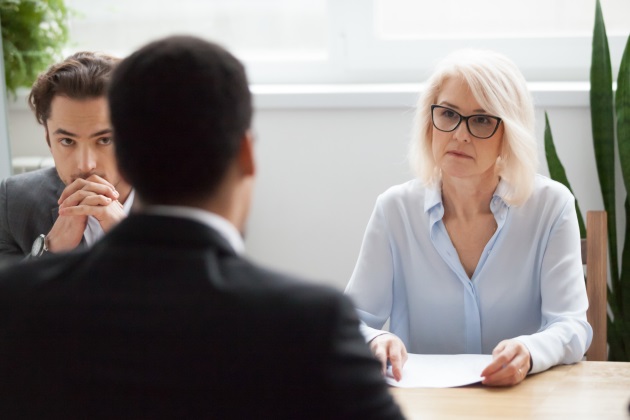 We’ve all been there: a job candidate looked perfect on paper and sounded perfect during the interview. But soon after — often as early as the onboarding process — you realize that this picture-perfect employee probably won’t reach the one-year milestone at your company.

You probably shouldn’t be surprised. According to research by Monster, 85% of recruiters say that candidates exaggerate skills and competencies on their resume. Whether this is intentional or “accidental,” the result is the same: an employee who is ill-equipped to do the job.

But exaggerations aren’t the only troubling part of the recruiting process. Most candidates are savvy enough to gloss over issues with previous employers, increasing the possibility that you could end up hiring a ticking time bomb.

So, what’s the solution? Checking references. According to a new report by Checkster, there is a direct correlation between the number of references checked and first-year turnover and quality of hire.

Why you really need to check an applicant's references

The primary reason to check references is to reduce hiring risk. “It may not add too much to your view of the candidate; however, it does validate whether or not what they have been telling you is accurate,” says Ian Cook, VP of People Solutions at Visier. For example, he says an applicant may overstate the role they played on a specific project, such as claiming they led the delivery of a new marketing strategy that increased sales by 40%.

“If you are hiring this person to perform a similar role and obtain comparable results for your organization, you should use references to validate that they were in fact the lead and not something else,” Cook explains.

That’s what happened to Lilia Stoyanov, CEO at Transformify. Years ago, she interviewed a promising candidate for a sales position. “On his resume, he stated that he achieved a sales target of $1.8 million in 12 months, and his negotiation and communication skills were superb.”

Stoyanov was ready to extend an offer — until they discussed his future sales targets for the first three months.

“He asked why the targets were so aggressive, but, actually, they amounted to closing two to three sales per month, which should have been significantly less than he was used to.” Stoyanov called the candidate’s ex-supervisor. “Initially, the supervisor was reluctant to share numbers and details, but during the call, it became clear that my candidate didn't meet his sales targets there.”

Sometimes, an applicant might not be lying, but you still need another perspective. “When you think about how we select a new employee — the interview and sometimes assessments — we are relying only on the candidate to give us their view of the world,” says Yves Lermusi, CEO at Checkster. However, he says that reference checking can help you better understand how a third party views the candidate.

Then, of course, you need to know if there were serious problems. “No candidate will openly share with you that they have been fired over misconduct or sharing confidential information with third parties,” says Stoyanov. “The only way to obtain such information is through formal and informal references speaking with ex-managers and colleagues.”

Social media has made it a lot easier to gather information about applicants since some people are foolish enough to post their entire lives on one or more of these platforms and believe that they won’t be penalized for what they do on their own time. However, some applicants are wise enough to “scrub” their social media accounts.

“The public availability of data about people makes it easier to research applicants; however, there are still several cases each year of people being employed as teachers, doctors, financial advisors, etc., who were not properly qualified to perform the role,” Cook says.

“Organizations are liable for any negligent action taken by an employee; therefore, reference checking is a crucial step in reducing this risk.”

Why employers think it's not important to check references

With so much at stake, you’d think all companies would rigorously check references, but that’s not necessarily the case. “HR departments may stop believing in references because they are briefed by lawyers not to say anything harmful during a reference check,” explains Lermusi.

“Another reason HR doesn't believe in reference checking is because they often check just two references who turn out to be the best friends of the candidate.” Obviously, any best friend worth their salt is going to make the applicant sound like a superhero.

However, Lermusi says that most of the hiring managers and CEOs he spoke with believe that reference checking is crucial. “In our report, we quote LinkedIn founder Reid Hoffman, who prefers reference checks to an interview.”

Why four is the magic number

Checkster’s report reveals that four is the ideal number of job candidate references to check. The company analyzed responses from over 50,000 references and noticed there was a marked difference between having the feedback from two references or four references. “With only two references, short-term turnover increased by 80%,” Lermusi said.

“But if you go beyond two and check four references and you do it digitally versus over the phone, you will eliminate about 10% of people you would have hired otherwise but shouldn’t have.”

Lermusi also noticed that having more than four references nominally improves the retention and the quality of the new hire.

The report also reveals why digital references tend to yield better results. Since the digital process is confidential, references are more likely to be candid. Ideally, the references should come from a variety of people, such as a supervisor, peer, and subordinate, to provide a more holistic picture.