Do we need smartphones in the classroom? 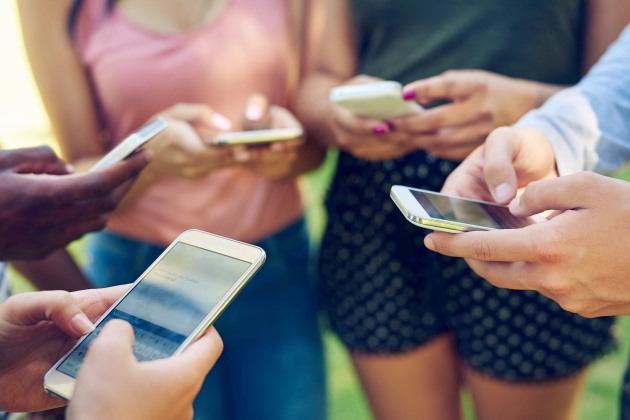 At an age where kids are completely digitally immersed, some Michigan schools have banned cellphones in the classroom, raising a lot of eyebrows in the process. In these districts, students are barred from carrying or using cellphones in class, in hallways, or even at lunch.

Violators’ phones will be confiscated, and students may even face suspension from school if they fail to follow an imposed phone check-in contract.

It is a generational debate. Parents everywhere consider cellphones a considerable distraction for students. Students cannot live without them, and at these schools in Michigan, they are chafing at the loss of their phones.

Research shows that excessive exposure to cellphones has a negative effect on school-aged children. Pew Research states that 95% of teens use cellphones, and 45% are hooked to theirs for more than nine hours a day.

A University of San Diego study stated that excessive use of cellphones is a chief cause of teenage depression or anxiety. It very likely leads to a physiological addiction with each digital notification. As early as 2015, the London School of Economics concluded that banning cellphones led to a 6 to 14% improvement in national exam performance.

A Michigan school district that stood by the ban is not just citing improved learning but also says that it will help turn things around for an antisocial generation. Students have to put away their phones and talk to each other face to face.

Real-time conversations are a lost art for this generation, and as a result, they miss out on things that make conversations meaningful. Many districts feel that the cellphone ban will lead to happier, healthier relationships.

The Michigan schools are not alone in placing such stringent rules on cellphone usage in school. California has announced a statewide cellphone restriction at all charter and public schools. Internationally, some regions in France, Canada, and Australia have imposed a mobile phone ban in schools, too.

But detractors feel that banning cellphones is not the answer when children today are so attached to theirs. They think that the districts should try and use them a powerful educational tool instead.

Every generation has something that is the bane of parents or teachers. For us, now, it’s cellphones. However, if students are encouraged to explore them as educational tools, things could be better.

Those who do not support the ban propose that teachers and administrators understand the relationship students have with technology today and adapt accordingly. Teachers must be prepared to embrace emerging technologies.

By doing so, they will foster more in-depth learning through methods. Instead of banning cellphones, they should devise ways to incorporate into their lessons as the latest digital tools.

The rapid pace of evolving technologies requires a shift in mindset, and teachers have to encourage digital teaching and learning by weaving technology into a classroom in ways that deepen learning. This will go a long way to improve student involvement in the learning process, while a ban may do just the opposite.