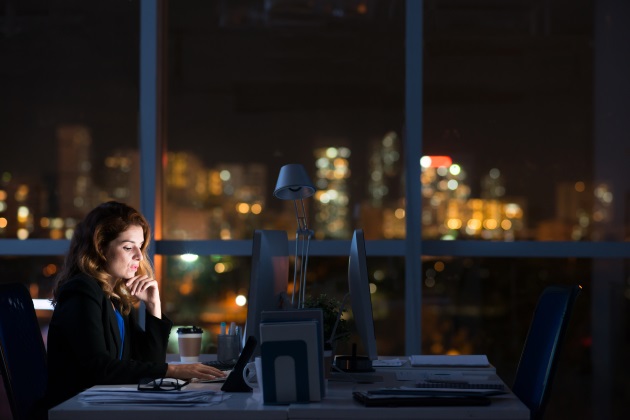 We all know the old proverb, "Early to bed, early to rise makes a man healthy, wealthy, and wise." Ben Franklin started his day at 4 a.m. Winston Churchill was a famous night owl.

Do you stay up long after midnight, or are you at the keyboard at sunrise? Most of us are aware that there are certain times during the day when we are more alert and productive, when our blood pressure is highest, and when our hearts are most efficient.

It has been suggested that our internal biological clocks, regulating our daily lives, may be genetic and that such a gene may even determine what time of day we will die.

In fact, geneticists have discovered nearly 80 genes associated with our tendency to be either a morning or evening person. Although it has been touted that early birds are the most successful, scientific research has shown that there is a correlation between intelligence and creativity and late-nighters.

Scientists suggest that early risers are happier, and night owls are more prone to sleep disturbances, depression, and higher consumption of nicotine and alcohol. A 2007 Gallup poll showed that most adults are morning people.

Surprisingly, although most people think that morning people don’t work well at night, researchers have recently discovered that at night, early risers are quick at handling attention-related tasks compared with night owls, but the early risers make more mistakes in the process, supporting that sleep deprivation negatively affects our attention span.

Researchers from the Higher School of Economics and Oxford University were interested in the distinctive features between these two types of individuals, in particular, how sleep deprivation affects different chronotypes, which refers to the tendency toward morningness or eveningness in the preferred timing of daily activities.

The Morningness–Eveningness Questionnaire determined and measured chronotype. Basically, the study results showed that 18 hours of sustained wakefulness produced differential effects on visual attention as a function of chronotype in terms of reaction time.

These study results contribute to a better understanding of the effects of sleep deprivation, chronotype, and time-of-day effectiveness on cognitive functioning by considering these relationships across a normal waking day. Attention is not impaired following 18 hours of wakefulness but instead certain attention domains are impaired or preserved as a function of chronotypes.

These effects are likely driven by relative differences and changes in frontal functioning and dopaminergic activity between chronotypes across the waking day.

Although researchers have long known that early birds work less efficiently at night than night owls, this study uncovered other distinctive features between the two. At night, early birds demonstrate a quicker reaction time when solving attention-related tasks than night owls but may be particularly vulnerable to failures in executive control.

Night owls are more efficient in the late hours, but their speed and accuracy with attention-related tasks remains unclear. The implications may be important for those who work in professions in which attention span and reaction time are crucial, such as drivers, pilots, and emergency workers.