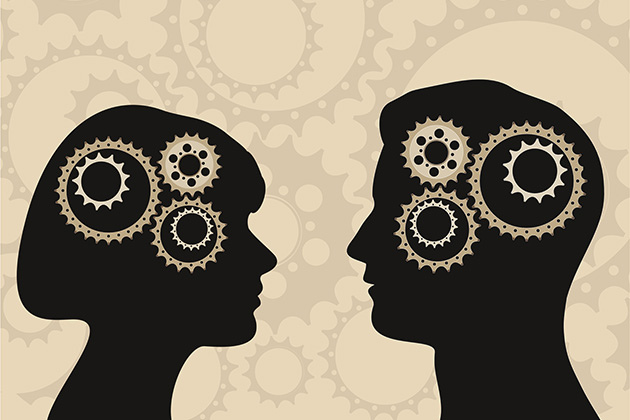 Major depression is one of the most common mental disorders in the United States, carrying with it the heaviest burden of disability among mental and behavioral disorders. In 2015, an estimated 16.1 million (6.7 percent) adults aged 18 or older in the U.S. had at least one major depressive episode in the previous year.

Depression affects twice as many women (6.5 percent) as men (3.3 percent), regardless of racial and ethnic background or income. At some point in life, 1 in 4 women will experience severe depression, the number one cause of disability in women. In general, married women experience depression more than single women do, and depression is common among young mothers who stay at home full-time with small children.

Depression can put women at risk of suicide. While more men than women die from suicide, women attempt suicide about twice as often as men do.

However, in an earlier study that explored whether sex disparities in depression rates disappear when alternative symptoms are considered in the place of, or in addition to, more conventional depression, researchers found that men and women met criteria for depression in equal proportions: 30.6 percent of men and 33.3 percent of women.

In adolescents, the statistics are alarming. One study reports that depression in many children appears to start as early as age 11. By the time they hit age 17, the analysis found, 13.6 percent of boys and a staggering 36.1 percent of girls have been or are depressed, numbers that are significantly higher than previous estimates.

Given these figures, what is the difference between males and females when it comes to depression? Jie-Yu Chuang, a researcher at the University of Cambridge and author of a recent study explains that men and women appear to suffer from depression differently, and this is particularly striking in adolescents. Also, compared to female depression, male depression often receives less attention.

The participants' brains were imaged using magnetic resonance imaging, while flashing happy, sad or neutral words on a screen in a specific order. Each volunteer pressed a button when certain types of words appeared and did not press the button when other words appeared while researchers measured brain activity.

When researchers flashed certain combinations of words on the screen, they noted that depression affected brain activity differently between the boys and the girls in the supramarginal gyrus and posterior cingulate. These brain regions have been previously linked to depression, but further studies are needed to understand why they are affected differently in boys and if this difference is in some way related to how boys experience and handle depression.

Chuang would like to conduct a large longitudinal study addressing sex differences in depression from adolescence to adulthood. In the meantime, however, the findings — that depression might affect the brain differently in girls than in boys — suggest that treatment and prevention strategies for depression may need to be gender-specific and considered early in adolescence.