Dispensing Zika virus information to patients in the pharmacy 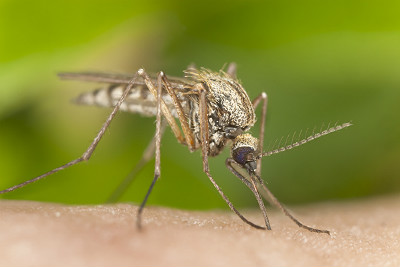 Today's pharmacists dispense a lot more than medication. And with growing concern regarding the spread and significance of Zika virus, pharmacists are well positioned to help counsel the public by answering questions about this sometimes-deadly infection.

Dr. Denise Jamieson, a medical officer from the CDC, recently stated "the pharmacy could provide a great opportunity for patient education about Zika virus transmission and other infectious disease risks." I couldn't agree more.

Pharmacists like myself working in or nearby an infectious disease clinic might get more questions than usual about Zika and how it is spread. Nevertheless, the growing number of U.S. cases is sure to generate enough concerns among the public that we should be thoroughly prepared to answer common questions no matter what practice setting we work in. The fact that no currently available vaccinations against Zika exist, nor any specific antivirals, makes dispensing accurate and helpful information all the more important.

How serious is this issue presently? In a word ... very.

The World Health Organization (WHO) has a mechanism, utilized sparingly, to alert the public of serious global concern. This mechanism is known as a Public Health Emergency of International Concern (PHEIC). On Feb. 1, they used this statement to describe the current situation related to Zika virus.

This is only the fourth time they have ever invoked a PHEIC. Previous similar announcements were made with reference to the Swine flu (2009) and Ebola (2014).

Margaret Chan, the general-director of WHO has said "the level of alarm is extremely high, as is the level of uncertainty."

The public needs to understand that Zika virus falls under the general category of "mosquito-borne diseases." Interestingly, one resource says of these nasty biting insects: "Mosquitoes cause more human suffering than any other organism." The WHO describes the mosquito, of all insects, as "the greatest menace, spreading malaria, dengue and yellow fever, which together are responsible for several million deaths and hundreds of millions of cases every year."

The fact that this disease is typically spread by mosquito bites is another reason pharmacists have an opportunity to inform the public about this illness. Pharmacies commonly carry a variety of mosquito repellents, and we are frequently asked for recommendations.

Products containing DEET, IR3535 and lemon eucalyptus oil are among those recommended by the CDC and should be used as directed on the package labeling but never on children less than 2 months of age. Permethrin-based products should only be used on clothing or other supplies, not on the skin. A patient handout on insect repellents is available from the CDC.

Aside from repellents, general precautions should also always be recommended, such as wearing long clothing to cover the skin and staying indoors and in air-conditioned areas when possible.

A potentially larger concern is that the U.S. mosquito population might begin to carry and transmit the disease. This could happen when a mosquito bites an infected person, thus becoming a vector to transmit the virus to someone else.

The specific mosquito species capable of transmitting the virus are known as Aedes aegypti (most commonly) and Aedes albopictus. Both species have a significant presence here in the U.S., especially along the southern and eastern U.S. borders as well as throughout the entire Southeast quadrant of our country.

So what might happen to a person who becomes infected with Zika virus? For 80 percent of people: nothing. But for the 1 in 5 who develop symptoms, they might expect a fever, rash, joint pain or conjunctivitis. For such patients, we would simply recommend rest, fluids and the use of acetaminophen for pain or fever. It may be advisable to avoid aspirin or other NSAIDS to reduce the risk of bleeding should the illness turn out to be something else, like dengue.

The more serious concern is for pregnant women who become infected. For such individuals there is the possibility that the baby might develop microcephaly or intracranial calcifications, which are potentially fatal. Miscarriages have been reported. Ultrasound testing is currently being recommended for all pregnant U.S. women who have traveled to any of the 26 countries or territories with reported active transmission such as Brazil, Mexico or El Salvador.

In addition to dispensing good information on Zika, pharmacists should recommend patients talk to their doctor about any travel plans to areas of identified concern. Those who wish to stay updated on the latest Zika information should consult online resources such as the pages maintained by the CDC, NIH or the American Medical Association.