Disorganize to increase your creativity 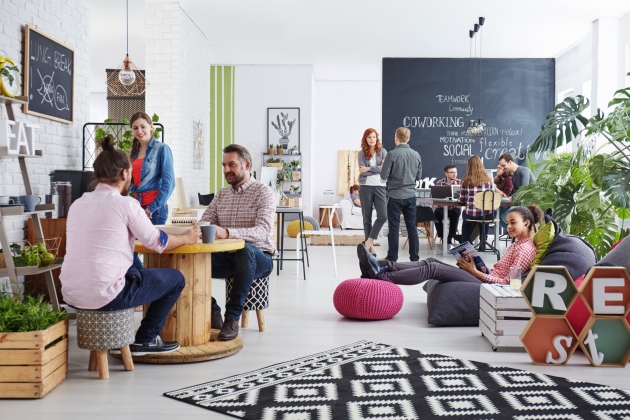 Increasingly in this century, researchers and business analysts are paying attention to what increases creativity. What are the approaches and habits you can adopt that will promote and increase your own creative output?

Some of the research results are surprising. Although earlier articles and books on the creative process recommended such common-sense strategies as organizing your time and workspace to maximize creative output, more recent data-based research suggests there’s more to It than that — that too narrow a focus on organization can inhibit creativity.

Sometimes disorganizing — even engaging in creative regimes that force disorganization — is a better approach.

This doesn’t mean that approaching a creative project in an organized way is always bad. A 2011 research study of 216 subjects concluded that creativity is enhanced by approaching work with a daily plan. The same study found similar benefits for subjects who engaged in long-range planning to allocate time for the creative process.

Some of the literature devoted to leadership development and management goes further and promotes organization as an unalloyed good that increases positive outcomes in all cases. From this perspective, the higher an individual’s level of personal organization and planning the better the creative result.

The research, however, doesn’t support this kind of broad recommendation. Although some kinds of organization — time-allocation and organizing a schedule — work well, other organizing regimes, especially those that attempt to control the creative environment, structure the act of creativity itself or to conceive the result before beginning the process — don’t help and can actually inhibit creativity.

In those instances, somewhat counter-intuitively, developing strategies that encourage disorganization, even forcing you to accept arbitrary organizing structures can improve the outcome.

Business articles sometimes propose that neatening up your work space and doing a general decluttering of your environment can free your mind by eliminating messy distractions and allowing you to concentrate on the creative process.

Which sounds sensible. Except that several studies, among them research conducted by Dr. Kathleen Vohs of the University of Minnesota’s Carlson School of Management have found that participants assigned a creative task and working in a messy environment consistently outperformed those working in a highly-organized environment.

Another academic research study concludes that bearing down on a problem can be less effective in finding a creative solution than letting go of the problem and letting the mind drift.

At critical times in the creative process, these researchers found, performance improves when the mind wanders without referencing the task at hand. They name this “the incubation period,” and conclude that downtime can be more productive than diligent effort applied to the primary creative task.

The Role of Chance and Arbitrary Structures in Art

Most of us begin our creative adventures in school. The orderliness of the educational experience can lead us mistakenly to believe that creativity itself is an orderly process. In opposition to this is a long history in the arts of various disorganized, arbitrary or messy approaches to creativity resulting in major accomplishments.

Russian composer Igor Stravinsky’s long-time companion, Robert Craft, notes that one of the most revered compositions of Stravinsky’s neo-classical period, “Symphonies for Wind Instruments,” was assembled with scissors and library paste by splicing together fragments from three different instrumental sketches he’d composed earlier and set aside. Stravinsky even retained the three different tempos of the original elements and memorialized the assembly in the title of the composition, not "Symphony for Wind Instruments," but "Symphonies."

Twentieth century artists as different from one another as John Cage, William Burroughs, Pierre Boulez and David Bowie have all used indeterminacy and chance in the act of creation. It seems that creativity can be inhibited by excessive organization. Accepting an external organization leaves the mind free to respond intuitively and promotes thinking "outside the box."

Rather than predetermining the shape of your creative act, you may do better beginning wherever your intuition suggests at that moment and then seeing where that leads you. After you’ve laid out the first draft or sketch, you can always go back and further organize and clarity the result. But trying to be too analytical or orderly about what you’re creating, particularly at the outset, can impair your creative capacity.