Disney and your pharmacy’s priorities 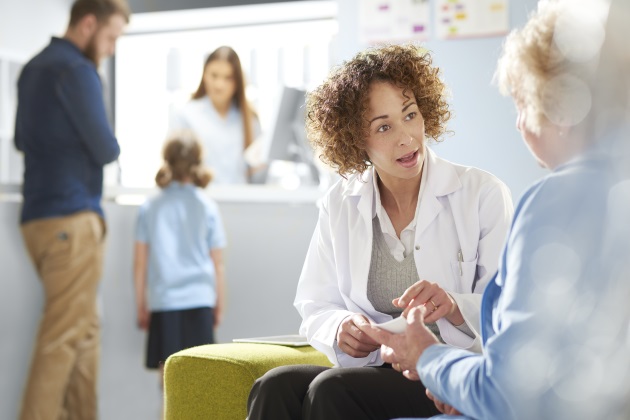 What would happen if Disney ran your pharmacy? No, I’m not talking about dressing up like Goofy, Mickey Mouse or Cinderella to impress the kids.

Rather, I’m talking about the day-to-day priorities that their employees (called "cast members") embrace as part of their job. In his highly acclaimed 2004 book "If Disney Ran Your Hospital," Fred Lee talks about the priorities which are instilled into the mind of everyone who works for this $5 billion per year company.

Pharmacists and pharmacy personnel are frustrated with the variety and quantity of priorities they face every day. Apparently, the U.S. isn’t the only place with this problem.

In a recent survey of Canadian pharmacy leaders, the No. 1 concern expressed about the current pharmacy distribution model was "too many competing priorities in the pharmacy workplace."

Pharmacists are supposed to accurately verify hundreds of prescriptions daily, all while they are simultaneously answering phone calls, solving billing problems, fielding questions from patients and providers, administering immunizations and a host of other daily activities.

Can the Disney model help busy pharmacies deal with the variety of priorities bombarding them every day? I believe it can.

Some readers might be surprised to learn that the No. 1 priority for employees of the Disney theme parks is, just like hospitals and pharmacy, patient safety. Granted, they are taking a different perspective on safety than we are, but in the end it is safety that matters.

A child climbing up a fence that he shouldn’t can ultimately be just as dangerous as dispensing penicillin to a patient with an allergy for that drug. In pharmacies, we must continually be reminding ourselves, and our co-workers, that nothing is more important than the safety of the patients we serve.

The second priority for Disney is where things begin to diverge from most healthcare systems. For Disney, courtesy is the next most important thing to the safety of their guests.

In pharmacy, I’m afraid that we often only pay lip-service to courtesy, but it gets trumped by the rigorous demand to fill an unreasonable volume of prescriptions with too few support staff. Nevertheless, we all realize that when it comes to our impression of a business, including healthcare institutions, courtesy matters a lot to patients and consumers.

What Disney does differently than most businesses is that they assign a priority level to their values. Ask any executive in most businesses to tell you about their company values, they will easily spout off a list like "Service – People – Quality – Financial – Growth."

These all sound great. But they are often ambiguous in the minds of front-line employees, and worse than that, they often appear to be in competition with one another.

A pharmacy may say, for example, that they value both service and efficiency. But these two priorities are often in conflict. More often than not, efficiency wins out to the frustration of our patients.

The difference with the Disney model is a ladder of priorities in which certain things definitely take precedence over others. Safety trumps courtesy. Courtesy trumps everything else.

When patients speak out about what matters most to them, how they are treated is consistently more important than almost anything.

I’m not suggesting that our retail pharmacies are consistently rude or unfriendly. I am suggesting that our employees feel the pressure and conflict of competing priorities and that we can do a better job as leaders and a profession to put our emphasis on the things that matter most.

I suggest that begins by highlighting the importance of safety, then courtesy, and then everything else.