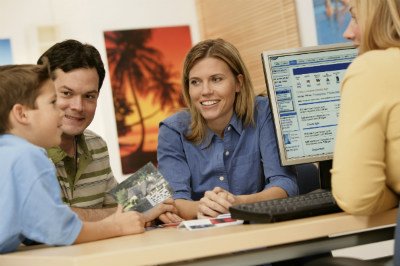 Are your clients always honest in their response to your question, "What kind of budget have you allocated for this vacation?" Mine aren't. Sometimes it's simply ignorance about how much something will cost. But other times, it's mistrust and suspicion.

The budget based on ignorance is fairly easy to address. If clients tell me they have never traveled before, but they want first-class air to Tahiti from the East Coast, 10 nights in an over-water bungalow at a luxury five-star resort and an array of private activities with a stated budget of $2,000 total, I can easily point out the realities of what they're asking for.

Either they modify their expectations or their budget, but what they're asking for cannot be bought at that price. If they can't or won't modify either expectations or budget, then they're not a client, and we part amicably.

I find the suspicious prospective clients a bit more challenging. While I try to earn their trust from our initial conversation, trust is something that is built over time, not instantly earned. I do suspect these clients believe if they tell me their real budget, that I will somehow "pad" their itinerary to reach that number when they might have bought it for considerably less. So, their suspicion that I'm dishonest leads to their dishonesty.

The reality is that everybody has some sort of figure in mind. That kind of bluntness has elicited a "Well, when you put it like that, yes, anything over $16K will make me choke." Great, now I have something to work with.

If the prospective clients insist they have no budget in mind, I remind them that one of my skills is to help them reconcile their desires with the costs and help them to prioritize needs vs. wants. I explain that I wouldn't pad an itinerary, but I do want to pack as much value into an itinerary within their financial means.

Because I am intimately familiar with the destinations and properties I book, I can assess whether something is worth a few dollars more, or whether that money is better spent elsewhere on their vacation. For example, if their dream is to luxuriate in a top-notch resort, why settle for a garden view room in a three-star property when the budget would allow for an oceanfront suite with butler in a luxury property?

I can hear the hesitation in their voices, especially if it's a conference call with the couple. I ask, "Do you have a budget in mind?", and I can almost hear the whispering and see the gesturing as they mumble out, "Uh, uh, uh, we were thinking $8,000."

That's when I stop and tell them that I usually have three kinds of clients:

That's usually when they chime in to say they're in the third group. And that's when I know their stated budget is merely a ballpark figure. In that case, I include all their expressed desires and needs and let them know I can help them prioritize where to cut if they realize afterward they just don't have the budget for all they want.

Likewise, I find that many clients ask about upgrading when I discuss a proposal: "How much more would it cost to upgrade to oceanfront?" or "Would XYZ car be much more than this rental car?" We can then have an upfront conversation about where any extra money might be best allocated.

And sometimes you don't learn until much later what the real dynamics were. One client whose honeymoon I had created some years before contacted me for an anniversary trip to Tahiti. I gave her an estimate of what her Tahiti vacation would cost, and she replied, "Oh, that's great; that's doable."

My comprehensive anniversary celebration came in under my estimate, which thrilled me, but her response when she heard the price was, "No way. I don't have that kind of money." Huh? What transpired between "that's great" and "no way"? I didn't find out until months later that they were actually having marriage problems and in the middle of separating. It wasn't a budget issue, but a bigger marital issue.

The longer I work with a client and develop a real relationship, the more they come to trust my honesty and integrity, which allows them to be truthful with me. Once clients trust me, talking about monetary issues becomes as uncomplicated as talking about preferred resorts and preferred activities.