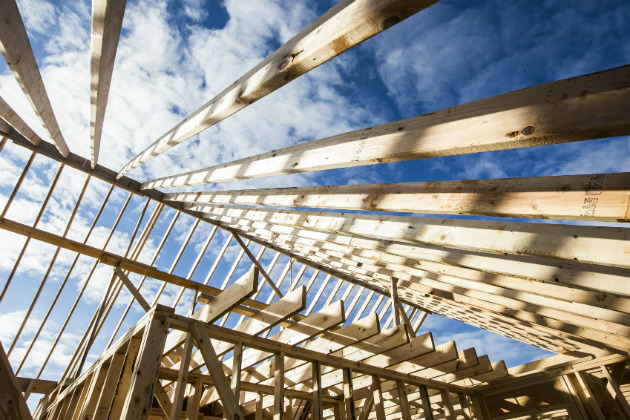 Hurricanes, floods and wildfires did not sideline homebuyers last month. Consumers are feeling more positive about the economy in general and the housing market in particular.

With prices stabilizing somewhat and an increase in homes for sale in some areas, those with means are snapping up properties as they come available. The biggest gain was in new home sales, which are benefiting from the continued tight inventories of existing homes on the market.

New homes sales (in number of units), which had declined in the previous two months, rose a whopping 18.9 percent in September compared to August, the biggest single-month increase in a decade. That lifted sales for the year to 17 percent over where they were the same time last year.

With existing homes unavailable for sale, would-be buyers are turning to the new home market, even though prices are substantially higher. The median sales price for a new home last month was $319,700 versus an average price of $246,800 for an existing home.

Demand for built-to-order homes increased substantially. According to Mortgage News Daily, less than a third of new homes sold last month were ready for occupancy. Those that were on average sold in little over three months.

Dodge's data reflects the gap between new houses sold and new construction undertaken. While new home sales skyrocketed, housing starts declined overall, down 4.7 percent for the month. However, starts are still 6.1 percent higher than they were a year ago.

Single-family home starts fell 4.6 percent from August. Requests for permits also dropped, 4.5 percent for the month and 4.3 percent year-over-year. Single-family permit requests, though, grew by 2.4 percent, in keeping with the trend toward new home purchases.

The decline in starts last month may reflect the challenges builders are facing with disaster recovery and shortages of materials and skilled labor. What may be the long-term effect of those challenges is not yet known. The industry was already struggling to keep up with demand prior to the recent disasters and will have added pressure due to the thousands of owners whose homes were severely damaged or destroyed.

Nonetheless, the National Association of Home Builders states that builders are encouraged by the renewed interest in new home purchases. Its Housing Market Index, which measures builder optimism regarding current and future business activity, rose 4 points in October, after slipping backward in September.

Builders see the industry rebounding in the months ahead, reporting across-the-board, month-over-month increases in current sales and future sales expectations (both up 5 points) and buyer traffic (up 1 point).

September sales of existing homes, which have sagged due to rising prices and inadequate inventories, remained more or less flat, squeaking up by less than one percent (0.7 percent) compared to August, following three previous months of declines. Total sales, as reported by the National Association of Realtors, reached their lowest point of the year last month and are lagging 4.3 percent behind those of last September.

Sales of existing single-family homes fared somewhat better, rising 1.1 percent, and are now 2.4 percent over the same time last year. Although available inventory increased slightly, by 1.6 percent for the month, total inventories are down 6.4 percent from last year. That is choking potential sales, as demand remains high in most areas of the country.

Demand is not likely to taper off anytime soon. Presently, much of the country is experiencing unseasonably warm weather, which will extend the fall buying season.

In addition, consumer confidence in the economy is on the rise. The University of Michigan Survey of Consumers jumped 6 points, "indicating consumers anticipate low unemployment, low inflation, small increases in interest rates, and most importantly, modest income gains in the year ahead."

Fannie Mae announced that more consumers in September believed that this is a good time to buy a home and did not anticipate a substantial increase in home prices in the near future. Renters were especially positive that the housing market was improving.

Yet both the NAHB and Fannie Mae are predicting "modest growth" for the industry this year, as market challenges continue to thwart demand.