Digital disconnect: Will VR take addiction to the next level? 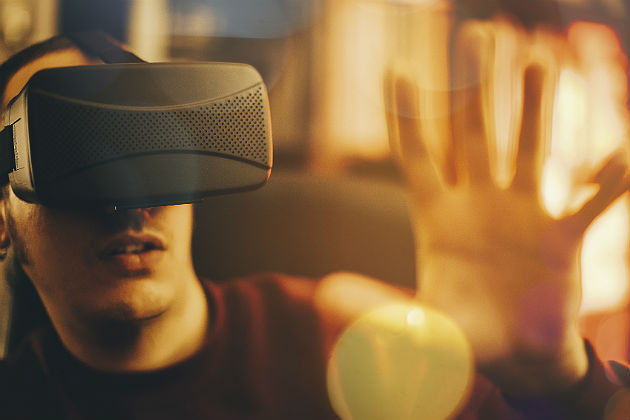 We've heard the stories of addiction to video games such as World of Warcraft and Candy Crush. In China, there's even a boot camp to rehabilitate "web junkies" who prefer the gaming world to the real world.

So the recent release of two virtual reality systems — Oculus Rift and HTC Vive — begs the question: What kind of impact will this have on gaming addiction or other mental health issues?

According to the American Psychiatric Association's DSM-5, the preeminent manual for classifying mental disorders in the U.S., Internet Gaming Disorder is not recognized as an official diagnosis. However, it was introduced in 2013 for future and further study because of growing concern regarding the widespread use of the Internet.

With its endless amount of online gaming possibilities, the Internet was the logical next step for game addiction because it introduced a whole new way for users to experience video games, such as the ability to network and play in real time with others around the world.

But if virtual reality (VR) allows people to fully immerse themselves into a virtual world and experience gaming in a way they never have before, will that be taking addiction to the next level?

Brittany Ott, a corporate services clinician at the Illinois Institute for Addiction Recovery at Proctor Hospital, believes the effects of VR are definitely worth paying attention to.

"With virtual reality, it's a new and improved way to do something gaming has always done — only now it's enhanced," Ott told MultiBriefs Exclusive. "Unlike traditional games, virtual reality provides a quicker way to get into an altered state, so the more accessible it becomes, the more at risk it is of becoming an addiction."

As for how something like this can turn into an addiction, Ott said there are four main factors that play a role:

The last factor actually hits home for me because two of my cousins played video games constantly, staying up well into the night and sleeping in the next day. I visited them frequently throughout the years, and I got to see firsthand how it affected their lives.

Any time family members went over, my cousins would not greet anyone until their parents eventually forced them to pause the game and do so. Then, they would return to whatever game they had been playing.

Neither one had a significant other all throughout high school, and they barely left the house to do anything. When their parents dragged them to family functions, they would come grudgingly, making sure to bring their Game Boys or Nintendo DS's, which they played a majority of the time.

Not only were they antisocial, but when they were told to stop playing a game for whatever reason — even to eat dinner — they would become irritable and sometimes aggressive.

It is unfortunate they decided to spend so much of their childhood playing video games instead of growing closer to the family. But this isn't that unusual. A study published in 2009 in Psychological Science found that 8 percent out of 1,178 Americans ages 8 to 18 exhibited pathological patterns of play and appeared to meet DSM-style criteria for addictive game behavior.

Meanwhile, there are no studies yet available on the long-term effects of using virtual reality. Because of this, healthcare professionals — especially those in the addiction field — are expressing growing concern about VR and how it may alter brain chemistry in ways not yet fully understood, according to reSTART, an Internet and technology addiction recovery center.

Additionally, the reSTART team has also spent seven years gathering research that indicates the excessive use of digital devices, including video game systems, are associated with "an intensity of mental health symptoms such as depression, anxiety, attention deficit disorder, and in many cases, autism spectrum traits and features."

Drawing from this research, the rising concerns for VR are understandable, "however, just because something new surfaces doesn't mean it will be bought," Ott said.

But it's not all doom and gloom for VR. Researchers and mental health experts are using the technology to treat other types of addictions as well.

At the University of Houston, for example, there is a clinical lab that consists of virtual environments used to study and treat drug addictions by evoking the thoughts and feelings of someone struggling with an addiction. That individual can then face those thoughts and feelings head on in a realistic but safe, controlled environment with a professional therapist nearby.

In other words, it's also safe to say a VR headset isn't necessarily just a piece of toxic technology. Rather, it's just like any other digital device in the world that can be beneficial when used, not abused.