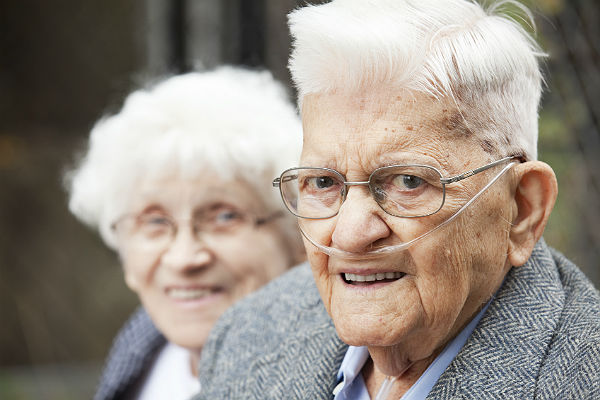 Chronic obstructive pulmonary disease (COPD) is a leading cause of death in the world, representing an important public health challenge that is both preventable and treatable.

Many people suffer from this disease for years and die prematurely from the disease itself or its complications. Globally, the COPD burden is projected to increase in coming decades because of continued exposure to COPD risk factors and aging of the population.

In the United States, the Centers for Disease Control and Prevention's National Center for Health Statistics released a report in 2010, confirming that COPD became the third-leading cause of death in the U.S. for 2008. It is estimated that 16 million people in the U.S. are currently diagnosed with COPD. The total estimated cost of COPD in 2002 was $32.1 billion: $18 billion were direct costs and $14.1 billion were indirect costs.

Now, researcher have found that a digital health application for reporting symptoms of COPD can facilitate early detection and treatment of COPD exacerbation symptoms.

Patients with COPD experience increased coughing, mucus, shortness of breath, wheezing and a feeling of tightness in their chests. If those symptoms are not detected and treated in a timely fashion, they can escalate and lead to repeated trips to the emergency department, hospitalizations, disability and a diminished quality of life.

As part of a continuous quality improvement program, a team at the Temple Lung Center led by Gerard J. Criner, M.D., FACP, FACCP, conducted a 320-day assessment of patient compliance with daily COPD symptoms. The patients used a digital health application as well as the Lung Center's ability to provide timely responses to worsening COPD symptoms, as reported by the digital application.

The digital health application allowed patients to report their respiratory symptoms and peak flow measurements, which are converted to a symptom score by a computer algorithm. That score is then compared to the patient's baseline metrics. A score that exceeds those baseline metrics by a predetermined amount generates an alert that is conveyed to the patient and stored in the system for a nurse to review.

Patient adherence to the daily symptom reporting system using this app exceeded 90 percent for more than half of the participants, and 90 percent of worsening COPD symptom reports were responded to in less than 11 hours with patient-specific treatment recommendations.

Given a general lack of awareness among patients of small day-to-day symptom changes and the pace of symptom worsening in COPD, daily COPD telemonitoring is an attractive approach to facilitate early intervention, provided the system is used and the healthcare provider responds in a timely manner.

There were limitations to the study, such as the low number of patients enrolled and the fact that they were quite ill — which may have been a motivating factor to using the device. But this digital health application remains an important example of how emerging technology can help facilitate early intervention and treatment by the healthcare team.