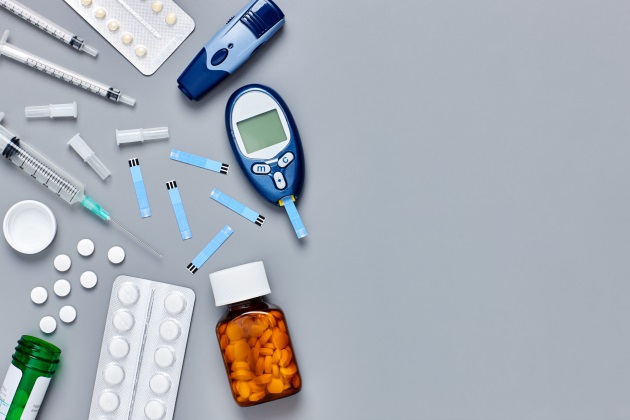 Diabetes continues to represent a growing health problem and was the seventh-leading cause of death in the U.S. in 2015. That year, an estimated 30.3 million people of all ages, or 9.4 percent of the U.S. population, had diabetes.

This total included 30.2 million adults 18 years of age or older (12.2 percent of all U.S. adults), of which 23.8 percent were not aware of or did not report having diabetes. The percentage of adults with diabetes increased with age, reaching a high of 25.2 percent among those aged 65 years.

Also in 2015, 84.1 million Americans 18 years and older had prediabetes. New cases of diabetes have doubled during the last 30 years, mainly among obese people. This increase in diabetes prevalence has caused an emerging crisis in healthcare.

With diabetes cases rising, the limited number of diabetes physicians, and the Affordable Care Act, which has improved coverage for people with diabetes, more patients want to see an endocrinologist, and the endocrinologists who are available are overwhelmed.

Currently, there are four diabetes fellowship programs nationwide. But new research reveals that resistance among payers and other physicians may slow growth of this new specialty.

Researchers surveyed all 39 physicians who graduated from the first two fellowship programs between 2005 and 2016, and while these physicians are filling a gap in patient care, acceptance has been slow. A Qualtrics link to a 26-item survey was sent via email to all graduates of the Ohio University Heritage College of Osteopathic Medicine and East Carolina University Brody School of Medicine diabetes fellowship programs. Items included demographic information, comfort level with different clinical diabetes skills, and current system barriers encountered in their practices.

Of 39 graduates, 36 completed the survey. The most beneficial skills acquired during the fellowship were insulin pump management (36 percent), insulin management (29 percent), and diabetes pharmacology (17 percent).

The most common barrier was the lack of board certification as a diabetologist, which affected time with patients and insurance reimbursement. The perceived acceptance by patients was high (69 percent), and the perceived receptiveness by colleagues was mostly neutral (19 percent) or positive (29 percent). The most common post-fellowship career path was primary care medicine, followed by hospitalist and diabetologist.

One of problems is that those with diabetes usually have other healthcare issues, so treating a patient takes twice as much time as is allotted for in a typical primary care visit. This means physicians must decide between giving a patient adequate time in a single visit, which doesn’t get reimbursed by the patient’s insurance, or asking the patient to come in more frequently.

If diabetologists were recognized as specialists, they would be reimbursed at higher rates, allowing them to spend more time with their patients.

Board certification is the standard for payers to recognize a physician as a specialist, and diabetology doesn’t meet that standard.

According to Jay Shubrook, DO, who practices as a full-time diabetologist, at some point, diabetologists will likely have their own board and certification exams in the future, but until then, payers need to start acknowledging and accepting board certification in advanced diabetes management, which comes from the National Association of Diabetes Educators.