Dextromethorphan abuse: A common choice for addicts of all ages 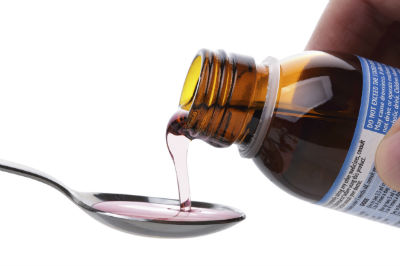 The N-methyl-D-aspartate (NMDA) antagonist dextromethorphan (DXM) is an antitussive cough suppressant chemically related to codeine. Originally categorized as a synthetic opioid, DXM appears to function through both NMDA receptor and sigma-1 receptor activity.

Available since the 1950s, dextromethorphan can be found in more than 140 different cough-and-cold remedies — both prescription and over the counter. When given for a cough at recommended low doses, usually it is free of serious side effects. But when the drug is taken in higher amounts, bizarre behavior, including hallucinations, is common.

DXM is often used in combination with alcohol and has been shown to be one of the drugs of choice for users of marijuana and other synthetic cannabinoid drugs like K-2, spice and salvia. It has also been shown to be a gateway for abuse of more dangerous drugs. DXM has effects similar to those seen with other hallucinogenic substances like LSD, phencyclidine and ketamine, and is often chosen because it performs like ecstasy.

Because dextromethorphan can be found in cough-and-cold preparations that may have other ingredients, problems can occur with the combined medications, especially when taken in higher amounts by addicts. The other ingredients, such as acetaminophen, chlorpheniramine or pseudoephedrine, may create additive liver or kidney toxicities in higher doses, as well as other behavioral problems.

More recently, DXM has been readily available for purchase over the Internet in bulk powder form, as a free base. Abusers often have the product mailed or delivered to their homes. Users may not know if the product is tainted with other substances or adulterated. Many abusers consider DXM misuse more "socially acceptable," less expensive and easier to acquire compared to other commonly abused substances.

Even though dextromethorphan has OTC status, its misuse can be harmful — even deadly — especially when combined with other substances. Because of the ease of access to DXM via the Internet, and the perception that this type of substance is somehow recreationally safer than legal and illegal drugs, healthcare professionals have been identified as potential misusers.

Dextromethorphan's clinical effects on the metabolism can be powerful. One of the products produced when DXM breaks down in the body is the chemical dextrophan. This active metabolite creates a stimulant effect, followed by hallucinations and delusions. Abusers describe feelings of dissociation or an out-of-body experience. These effects are often accompanied by feelings of euphoria, an inability to coordinate voluntary muscle movements (ataxia), restlessness and loss of concentration.

In severe acute ingestion, adverse effects may include oscillation of the eyes (nystagmus) and dilation of the pupils of the eye (mydriasis). DXM is known to antagonize serotonin receptors. Taking DXM while also taking medications that manipulate serotonin can be harmful, causing serotonin syndrome. What happens in overdose situations is dramatic sedation and vomiting with aspiration of stomach contents.

Given the effects of DXM abuse, patients are unlikely to present for care before considerable concentrations of the drug have been absorbed from the gastrointestinal tract. Many emergency department visits are documented each year for abusers of all ages, but commonly teens and young adults.

Significant adverse reactions can occur when DXM is combined with some antidepressants; sibutramine; certain antibiotics, particularly linezolid; and sildenafil or similar dietary supplements used to treat erectile dysfunction. These negative effects are often due to the additive selective serotonin reuptake inhibition caused by DXM with other similarly acting compounds.

While the addiction potential of DXM is limited, it is often ingested with other substances of abuse, including heroin, morphine, codeine, Vicodin, Percocet, etc. Alcohol toxicity can occur by combined use, either in ingesting DXM while drinking or in the manufactured cough-and-cold syrups containing alcohol.

Chronic and excessive abusers may experience a psychological withdrawal syndrome, especially following abrupt discontinuation of the drug. Patients with an abuse history may require admission to a detoxification program.

For caregivers and loved ones of those misusing substances like DXM, look for changes in behaviors, sleep patterns, school and work performance. ICD-10 criteria for dependency include a strong desire to take the substance — even neglecting other areas of one's life in favor of substance consumption, a reduced ability to control the onset and termination of substance taking or amount taken, and the occurrence of physical withdrawal symptoms on attempting to end or reduce substance use, as well as the development of tolerance.

Cynthia Sheppard Solomon, trained in medication therapeutic management, is a registered pharmacist, consultant and adjunct pharmacology and internal medicine faculty member at Wright State University's Boonshoft School of Medicine. As President of Sheppard-Solomon Biomedical, she provides her clients with health-related information, often speaking with groups, advocating for patients and families, and appearing on TV.