Detracking math classrooms in San Francisco: A model for all? 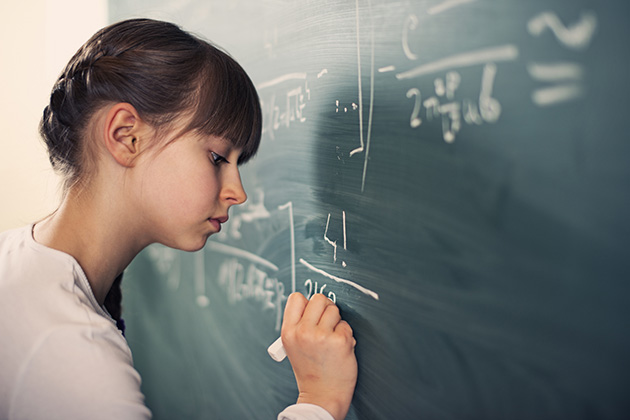 The city has leveled the playing field by enrolling all students in math courses of equal rigor in middle school all the way through Algebra 1 in high school. There are no “honors” classes. There are no accelerated programs where students can take Algebra 1 in 8th grade.

Once students reach Geometry, the brakes are released and students have the opportunity to be tracked into programs that move at different paces.

This practice was not implemented without controversy. As Sawchuk explained, "San Francisco has done away with one of the key avenues that the well-connected use to give their children an academic advantage. Fallout was swift. Parents, concerned about rigor and whether their children would be able to take calculus by senior year, barraged everyone from the district superintendent's office to City Hall with complaints and petitions."

Maureen Hallinan, writing for the journal EducationNext, summarized the history of tracking in American schools and the debate for and against it in this article.

In support of detracking, she wrote, "The detracking movement has challenged widely held beliefs regarding the notion of ‘ability’ and the role it plays in determining the kind of curriculum to which students will be exposed. More educators are now convinced that nearly all students are capable of mastering a challenging curriculum. New academic standards, state tests, and accountability requirements represent an effort to ensure that all students are given access to a rigorous curriculum."

Early results seem to be showing that the district’s strategy is working, particularly for students of color who have historically fallen behind in math systems where tracking is used. Comparing the Class of 2018 with the Class of 2019, the repeat rates for Algebra 1 dropped dramatically from about 40 percent to less than 10 percent.

But what does that mean for the school’s most advanced students? This full report, released by the school district, shows that students enrolled in the detracked math program are outperforming their peers who were in a tracked program.

Sawchuk wrote, "The number of students repeating algebra has fallen among all ethnic and racial groups, and fewer are receiving D's and F's in Algebra 1. About a third more students are ready for calculus, and that pool is more diverse than it's ever been."

Teachers indicate that the challenges they face when implementing this in the classroom is knowing how to differentiate instruction to meet students where they are and help them to advance their skills.

Daniel Yamamoto, an algebra teacher in one of the district’s high schools, expanded on this challenge, "We have kids who have seen some of the math before. Their knowledge may not be deep, it may be procedural, but they come in thinking, 'I know this already.' You have to authentically challenge them, too. And there are other kids who say [in response], 'I have nothing I can add to this discussion.'"

The future may throw an interesting curveball at the tracking vs. detracking debate for math classrooms across the country.

Many schools are beginning to make the switch from traditional to competency-based learning, a system that measures student learning against well-defined standards and performance indicators instead of measuring it with "seat-time." In such models, students generally have the ability to move through the curriculum at their own pace, when they are ready to do so.

Some schools are able to achieve this by utilizing pre-built online curriculum and instruction platforms that students can access. In other schools, teachers develop their own "playlists" of activities, videos, and tasks for students to complete as they are ready to do so.

Think about it. In this model, one of the biggest reasons to track students is now gone: pace. It will be interesting to watch as this model grows how it changes the direction of the tracking debate, particularly for math.

San Francisco schools, and many others who are following a similar path, may find themselves ahead of the curve.