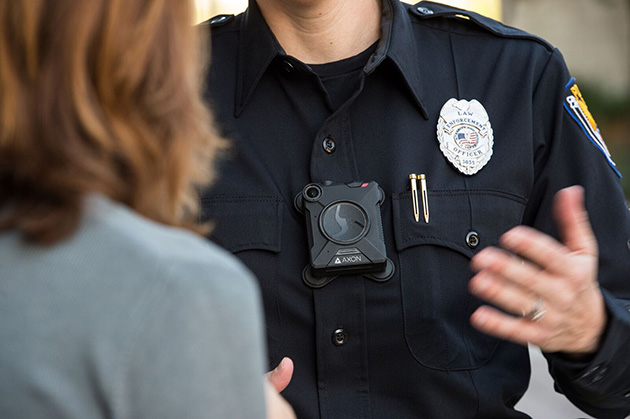 Sometimes the headlines say it all. The Fontana Police Department in California recently announced body cameras as an essential part of their gear. Local media reported it as FPD "joining 21st century policing" with advanced tools.

That's what body cams have become today — advanced tools to help in better policing. The technology is being rapidly adopted by agencies across the nation and will soon become a necessary part of an officer's gear. Many law enforcement agencies hail them as tools to enhance public safety and understanding.

Officers who use these regularly have admitted that there has been a drop in not just the use of force but also in the number of complaints against officers. It is no wonder that body cameras are fast becoming mandatory for departments across the country.

Axon's latest camera system in Charlotte, North Carolina, makes usage simpler. The body camera and in-car camera automatically turn on when the blue lights turn on. There is no waiting, no hesitation, no deliberation — taking the burden off the officers. The cameras are also designed to automatically turn on if an officer draws a Taser or firearm.

Responding officers will have their cameras turn on automatically with no action from the officer. In tense emergency situations, this feature can be a boon for officers who can now focus on the situation and not worry about breaking protocol. The collective footage from all officers at the scene can offer multiple perspectives of the same incident for the authorities and investigators.

But companies are still innovating. In the near future, we may see the human heartbeat come up in the footage as well. Since respiration and pulse go up under stress, the camera in future would record these vitals to signal the headquarters when officers are in trouble and need help.

Cash-strapped departments like Jersey City, New Jersey, are not letting the budget get in the way. They are the first to test the viability of using cellphone cameras as an affordable alternative to body cams. Officers on patrol, pursuing a suspect or in any community interaction will strap on gear that will include a body camera in a cellphone.

The police-issued cellphone will be set to a mode to function as a cop camera. When turned on, the recorded footage will directly stream onto a secure server at the police department. The app that will use the less-expensive method, CopCast, comes from Google's sister company Jigsaw.

The latest body camera technology is meant to strengthen officer accountability and public trust. Some departments have been quick to adopt this technology, while others are slowly getting budget nods.

Sooner than later, officers from coast to coast will need to wear them when on duty.