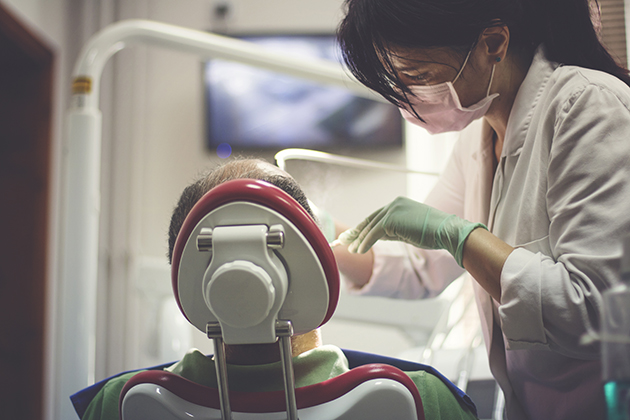 Every day, more than 115 Americans die after overdosing on opioids, according to the National Institute on Drug Abuse. The Centers for Disease Control and Prevention (CDC) estimates that the total "economic burden" of prescription opioid misuse in the United States alone is $78.5 billion a year, including the costs of healthcare, lost productivity, addiction treatment and law enforcement involvement.

The misuse and addiction of opioids has become a national epidemic that is affecting not only public health but the nation's economic welfare as well. It's a hot topic in most political/healthcare circles, and the field of dentistry is no exception.

The American Dental Association announced a new policy on opioids in March of this year, leading the way for other organizations to take notice and, more importantly, to join the movement. Nora Volkow, M.D., serves as director of the National Institute on Drug Abuse. She attended a meeting with ADA on March 28 and publicly praised the policy, calling it "impressive."

So just what does the dental field have to say about the matter?

In addition to calling for prescription limits and mandatory continuing education for dentists, the new policy supports statutory limits on opioid dosage and duration. Specifically, no more than seven days for the treatment of acute pain. It also asks dentists to register with and use prescription drug monitoring programs.

The ADA first adopted a policy on the use of opioids for treating dental pain back in 2005, and it was updated in 2016. Worthy of noting is the inclusion of recommendations for dentists to use nonsteroidal anti-inflammatory analgesics as the first-line therapy for acute dental pain management.

In an article titled, "Benefits and harms associated with analgesic medications used in the management of acute dental pain" that appeared in April's Journal of the American Dental Association, some interesting and telling findings were reported. Studies show that, for adults, a combination of 400 milligrams of ibuprofen plus 1,000 milligrams of acetaminophen was found to work better for managing pain than any opioid-containing medications studied.

It's an important finding mostly because it confirms what many dentists already suspected. There really isn't a need to prescribe an opioid-containing medication for pain management after dental procedures in most cases.

So begins the push for education and awareness among dental professionals and, not surprisingly, the ADA is already on it. Summits are being planned as well as educational webinars designed to disseminate information, the development of prescriber training and other resources and programs. The ADA is also developing CE for practicing dentists.

To see all of the ADA's efforts to prevent opioid prescription drug misuse, visit ADA.org/opioids.