Decreasing the risk of suicide in fibromyalgia patients 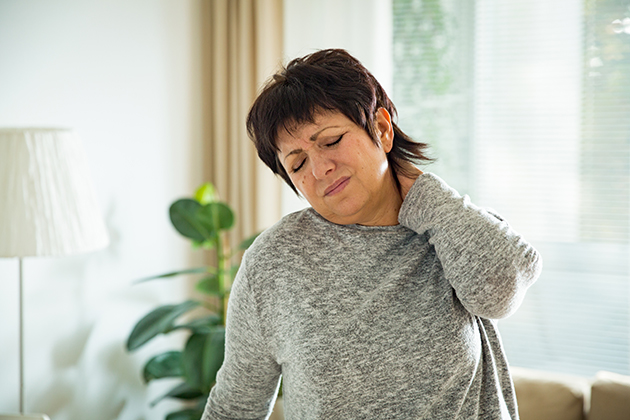 Fibromyalgia, one of the most common pain conditions, affects about 10 million adults in the U.S., and 2-6 percent of the world population. About 75-90 percent of those with this condition are women, and most are diagnosed during middle age.

The incidence rises with age, so that by age 80, approximately 8 percent of adults meet the American College of Rheumatology classification of fibromyalgia. This long-lasting or chronic disorder causes muscle pain and fatigue, often throughout the body, and often accompanies other pain conditions.

The causes of fibromyalgia remain unknown. Among fibromyalgia patients, as well as patients with other chronic illness, such as Lyme disease, chronic fatigue syndrome, or lupus, the suicide rate is high.

One study of 1,269 Danish women with fibromyalgia showed that the suicide risk was 10 times that of the general population. Importantly, none of the fibromyalgia patients in this study who did commit suicide had a medical history of depression or other psychiatric illness at the time of diagnosis. This is of interest, because previous studies have found increased rates of depression, anxiety, pain, fatigue, and other psychiatric disorders.

This case-controlled study evaluated large-scale electronic health record data (1998-2017), including 8,879 patients who had fibromyalgia, with 34 known suicide attempts and 96 documented cases of suicidal thoughts. The researchers examined factors that increase and decrease risk of suicide in this patient population.

Model performance was measured through discrimination including area under the receiver operating characteristic, sensitivity, specificity, and through calibration including calibration plots. Risk factors were selected by L1‐penalized regression with bootstrapping for both outcomes.

Secondary utilization analyses converted time‐based‐billing codes to equivalent minutes to estimate face‐to‐face provider contact. The results indicated that patients who had suicidal thoughts spent 1.7 hours in the clinic per person per year while those who did not have suicidal thoughts were in the clinic on average of 5.9 hours per person per year. Even more dramatically, those who attempted suicide had spent less than 1 hour per year in the clinic, compared with 50 hours per year per patient for those who had not attempted suicide.

This case study was not only about risk factors that might dispose those with fibromyalgia to entertain suicidal thoughts; it was also about protective factors. According to Dr. Lindsey McKernan, assistant professor of Psychiatry & Behavioral Sciences, Physical Medicine & Rehabilitation, Vanderbilt Medical Center, part of living with and managing fibromyalgia is being engaged with care, such as physical therapy; working with a metal health care provider; and engaging with exercise and self-management; and visiting a primary care provider and rheumatologist on a regular and consistent basis.