Decide or die: The use of EDP in difficult weather conditions 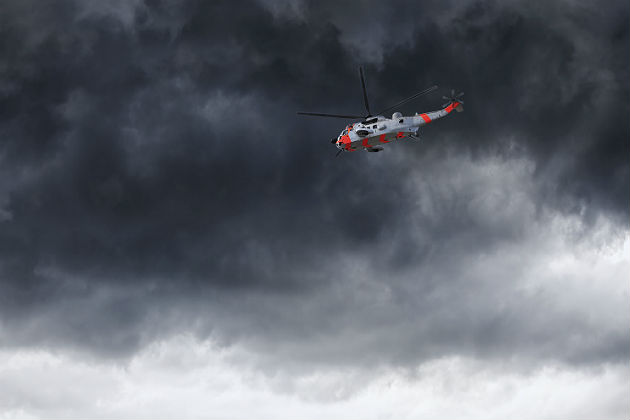 For a number of years now, the National EMS Pilots Association has been promoting an idea its calls the Enroute Decision Point, or EDP for short. I prefer to call it the "enroute death point" — because if you fly past it, that could easily be your fate.

It's a really simple idea that any pilot can relate to because we've all done it on marginal weather flights. As we approach the soup, we slow down and drop lower. It's stupid. It's wrong. And any pilot who tells you he hasn't done it is a liar.

The last time I did it I was sharing the cockpit with no less than an F-22 pilot. We were flying a fixed-wing antique with a limited panel in MVFR along the south shore of Lake Superior. After several minutes of unspoken uneasiness, we headed for the nearest airport and consulted the ground-based weather radar there. Armed with that knowledge, we knew we could safely continue the flight to our destination.

Slowing down as you hit the soup is automatic and Pavlovian and a harbinger that mistakes are right around the corner. Your instincts reflexively tell you something is wrong, and you react.

It's not like hitting terrain at 90 knots as opposed to 120 knots is going to make a big difference in the outcome. But if you decide to turn around after you slow down, it just might.

That's the idea in a nutshell behind EDP. Every pilot and every crew has an auto-abort mechanism in their brain, and all you have to do is recognize it and respect what it is trying to tell you.

The universally recognized EDP protocol right now is a difference of 30 knots between normal cruise and what you slow down to due to limited visibility enroute. That seems prudent and reasonable. Once you hit that differential, turn around.

If you can't safely turn around, then land — even if that means some FAA paperwork. It beats the alternative. EDP is catching on at a number of HEMS programs throughout the country.

NEMSPA recommends activating EDP whenever forward speed decreases by 30 knots or more in forward flight to maintain visibility and cruise altitude drops by 500 feet or more during the day and 300 feet or more at night. It is a reasonable standard and one that should be adopted industrywide without delay.

Weather in the helicopter environment is highly localized and often ever-changing. Respecting that fact is the first step toward a safer flight environment.