Deadliest, most common cancers get the least attention 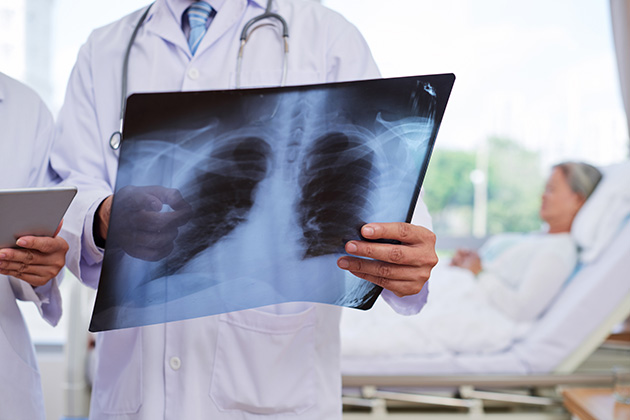 Cancer is one of the top five leading causes of death in the U.S. The American Cancer Society estimates 1.7 million new cases will be diagnosed and more than 600,000 people will die of the disease in 2019.

Americans across the nation are responding to these alarming numbers, but the public and the federal government are focusing their concerns — and donations — on cancers getting the most publicity, not the ones killing the most people.

For example, breast cancer organizations in 2015 received more than $460 million in donations, according to a 2015 study in the Journal of the National Comprehensive Cancer Network. Meanwhile, charities that raise funds for lung cancer, which kills more people in the U.S. than breast cancer, received $92 million that same year.

That’s why it’s important for you to start learning about the deadliest cancers, so you can make a more informed decision when it comes to choosing which cancer organizations you will financially support.

After surveying 1,000 Americans, The Mesothelioma Center at Asbestos.com found the majority of respondents are most concerned about breast cancer. Based on the amount of media attention breast cancer receives every year, it makes sense that Americans are more aware of breast cancer than any other type of cancer. Breast cancer is one of the most publicized types of cancer; it’s also the second most frequently diagnosed cancer in the U.S., with a total of 271,270 estimated new cases in 2019. This may help explain why it’s one of the most widely known cancers among Americans.

Interestingly, only 15% of men and women claimed they were most concerned about lung cancer.

What types of cancer are the deadliest? According to the American Cancer Society, lung cancer — and lung cancer caused by asbestos — is the number one killer, with 142,670 estimated deaths in 2019 alone, making it three times deadlier than breast cancer. Despite this, only 14% of respondents said they were most concerned about lung cancer.

The second and third deadliest cancers are colorectal cancer and pancreatic cancer, respectively. Breast cancer, which will claim an estimated 42,260 lives in 2019, is the fourth deadliest.

According to these figures, breast cancer, which has a much smaller mortality rate compared to lung or colon cancer, is the one Americans fear and support the most. Which cancer charities and foundations secure the most funding?

It’s difficult to track exactly how much money charities accrue annually from donations and grants because there are so many organizations that raise money for every type of cancer.

For example, Reuters covered a similar survey that analyzed the annual revenue of 119 cancer organizations, totaling $5.98 billion. More than three-quarters of that income went to general cancer charities that don’t focus on a specific type of disease.

To get a broader sense of which cancer organizations rack up the most donations, we researched the most funded charities for each type of cancer according to Charity Navigator, the largest charity evaluator in the U.S. with data on over 1.8 million nonprofits.

According to Charity Navigator, the following charities are the most funded for each type of cancer: On a federal level, cancers that affect Americans the most have less funding allocated toward research than other types of cancers. For example, lung cancer — the deadliest cancer to date — receives less funding per death than prostate, colon, pancreatic and breast cancer combined.

Based on these figures, the most common types of cancers receive ample funding and media attention, but there are many other cancers that don’t. For example, mesothelioma has approximately 3,000 diagnosed cases per year.

As an asbestos-related cancer, mesothelioma patients have an average life expectancy of 12 to 22 months after diagnosis, yet it receives a lot less funding than other types of cancer.

While it’s great to support any type of cancer, consider contributing to underfunded cancer charities to potentially save a life or help further breakthroughs in treatments and research. If you’re interested in finding a new cancer charity to donate your money, start by researching which types of cancers are the most underfunded.

From there, you can explore the types of initiatives the organizations offer and how much of their annual donations, gifts and grants are allocated for research. You’ll be glad to know your money is being used wisely.

Methodology:
This study consisted of one survey question conducted using Google Surveys. The sample consisted of no less than 1,000 completed responses. Post-stratification weighting has been applied to ensure an accurate and reliable representation of the total population. The survey ran during August 2019.

Karen Selby is a registered nurse with a background in oncology and thoracic surgery and was the regional director of a tissue bank before becoming a Patient Advocate at The Mesothelioma Center. Karen has assisted surgeons with thoracic surgeries such as lung resections, lung transplants, pneumonectomies, pleurectomies and wedge resections. She is also a member of the Academy of Oncology Nurse & Patient Navigators.