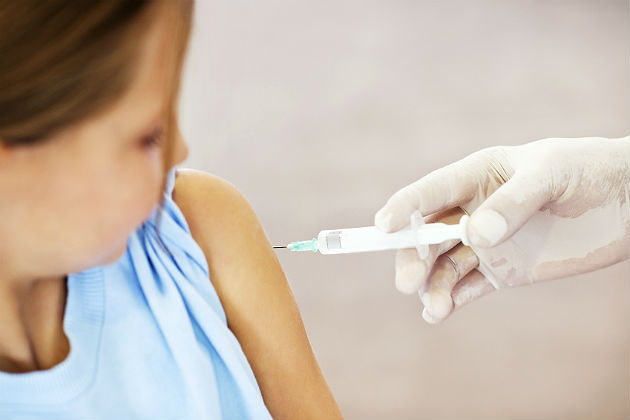 This year's influenza season is being considered an epidemic with 46 states reporting widespread flu activity and high number of hospitalizations due to the flu or flu-like viruses. The elderly, children and those with pre-existing medical conditions such as asthma are at highest risk.

There have been 56 reported pediatric deaths due to the flu this season. Health officials are worried that this number will continue to rise because of the ineffectiveness of this year's flu shot. The Centers for Disease Control and Prevention report that less than half of Americans have been vaccinated this year, which is less than usual.

However, even those who received this year's vaccine were not sufficiently protected due to its 23 percent effectiveness rate. In order to prevent future flu epidemics, scientists are working on developing a universal flu vaccine that would only need to be received once every 20 years in order to protect against any mutation of the flu virus.

Currently, the process in which the flu vaccine is created constitutes the biggest hurdle in developing an effective vaccine. Because the production time to develop the flu vaccine is lengthy, scientists predict the strains that will be most prevalent early on in the year.

Each year, the World Health Organization gathers for a national flu vaccine summit to predict which flu strains they believe will be most active. The group recommended four strains to be included in this year's vaccine, and included the H3N2 strain that has been most responsible for hospitalizations this flu season. Because the H3N2 virus mutated quickly, as flu viruses normally do in an unpredictable way, it is now impossible to include the new mutated strain of the virus in the already produced flu shots.

The universal vaccine is in the early stages of development. This vaccine, unlike previous flu vaccines, would target the proteins of the flu virus that are consistent across the different strains rather than the individual strain itself.

Researchers at McMaster University and the Icahn School of Medicine at Mount Sinai in New York have been able to isolate antibodies in human blood that universally protect against the flu virus. These antibodies are being incorporated into the new vaccine so that the shot will work once it has been injected even if the virus mutates.

The study is also experimenting with making the new shot a live-attenuated version of the flu virus. The current flu shot consists of dead virus particles, whereas the live-attenuated flu shot contains a less powerful version of the live virus. Keeping the virus live allows it to replicate in the upper respiratory tract harmlessly and triggers an immune response without affecting the lungs.

The researchers hope that the new vaccine could be available within the next five years. However, not everyone is so optimistic about the timeframe for development.

According to Oswald, "we haven't seen an approach that makes us confident enough to invest." The vaccine will need to prove its effectiveness in clinical trials, which are set to be conducted later this year, in order for pharmaceutical companies to hasten the development of the vaccine.