Cultured red blood cells: There’s nothing artificial about it 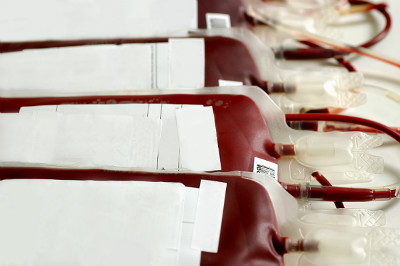 Transfusions are made possible throughout the U.S by donations from individuals, blood-donor programs, blood banks and the American Red Cross. However, in order to get the supplies they need, all venues must participate.

Unfortunately, that is not always the case. The relatively short lifespan of donated blood, which is 120 days, demands that there is always a constant fresh supply. And even though there are testing parameters in place, there is always the risk of transmitting infections and the potential for incompatibility issues between donor and recipient.

News has exploded recently with stories about the very real possibility of being able to manufacture on a large scale, cultured fresh red blood cells for human use utilizing stem cell technology. The use of cultured RBCs in transfusions could avoid transfusion risks and provide fresh cells that may have an advantage by surviving longer and performing better.

Induced pluripotent stem cells are able to form any other of the body's 200 tissue cells. A team in the U.K. is planning to use these cells to make fresh RBCs that will be compatible for human use, hoping to start the first human trial by late 2016.

It is likely that this first trial will be in patients with thalassemia, a genetic disorder in which the body makes less hemoglobin than usual, thus requiring frequent transfusions.

Some of the news is calling the discovery "artificial blood," when in fact, that is really not the case. Because the cells are generated using stem cell technology, the RBCs are cultured from human cells, as are many other kinds of cells, such as those that are used for in vitro fertilization, and similar procedures.

The process is similar in that the iPS cells would be cultured in a laboratory environment, under "ideal" conditions. It is expected that about half of them would become mature red blood cells.

The blood type of the manufactured cells would be Type O-negative, which according to the American Red Cross, currently comprises less than 10 percent of all donated blood. Those individuals who have Type O-negative blood can donate to everyone, but can only receive blood from Type O-negative donors.

The potential commercial market for cultured blood cells is huge. Approximately 40,000 units are transfused each day in the U.S, and a typical unit of blood can cost up to $500.