Cruises are popular, but what effect do they have on the environment? 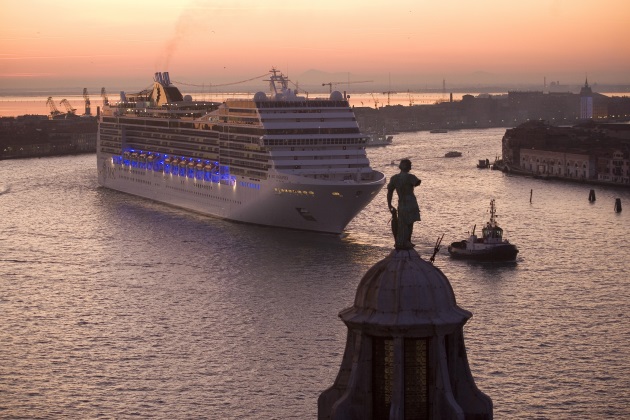 Princess Cruises, a Carnival subsidiary, recently made news for the wrong reasons. Carnival will have to pay a $20 million fine after illegal and environmentally damaging acts were revealed on Princess Cruises.

Princess violated the terms of its 2017 probation when it was convicted for improper waste disposal. Perhaps even more damaging was that the cruise line did not report the findings of environmental inspections to the authorities.

Carnival is not the only cruise line to flout regulations, and the environmental costs of these firms' negligence are high. From toxic paint and waste disposal to the creation of noise that can harm marine life, cruise ships pose many ecological concerns.

Cruise ships like the ones Princess uses are often hundreds of feet long and use a vast amount of resources for their day-to-day operations. If we are concerned about cars and how much they harm the planet, cruise ships may provide even more alarming facts.

Several studies reveal that the emissions from these ships dwarf those produced by cars. An older but still relevant case study of cruise ships at a popular port in Croatia highlights these aspects for us.

Most cruise ships use “bunker fuel,” which burns far dirtier than automobile gasoline. Since vast quantities of fuel are needed to move the immense mass of a cruise ship, the emissions of CO2 nitrogen and sulfur oxide are huge as well. On average, CO2 emissions for a 3,000-passenger cruise ship are 1,200 kg/km.

Additionally, anti-fouling paint on the ship’s hull impacts the environment negatively. The paint sheds toxic heavy metals into the ocean, which in turn makes its way into the marine food web.

When in port, many ships dump massive amounts of metals into shallower, partly enclosed waters, and these heavy metals can accumulate into higher concentrations, exacerbating the problem.

Cruise ships also carry thousands of passengers and crew, who use resources and produce waste without really thinking about the environmental impact. Waste discharge is a major problem.

Many other nations have rules regarding the offshore exchange of ballast water to prevent the spread of invasive species. But these rules are difficult to enforce on international waters so best practices aren’t always followed.

However, there are ways to reduce the impact these huge ships have on the environment. Limiting plastic waste and switching to cleaner-burning fuel could be good starting points.