Crowd control: The difference between a peaceful and violent outcome 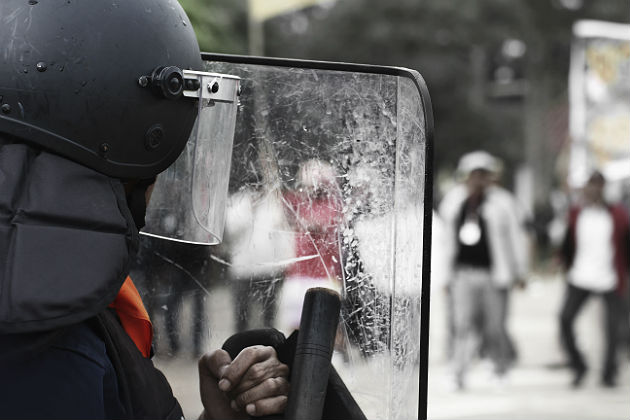 The controversial death of 18-year-old Michael Brown, who was unarmed and shot multiple times during a confrontation with a police officer Aug. 9, has sparked outrage. While the truth about what happened that afternoon remains unclear as conflicting stories continue to emerge among law enforcement and witnesses, the local community in Ferguson, Missouri, has banned together to protest — and those protests have turned into riots.

In light of these recent riots, it may be time to take a step back, and look at how your police department handles crowd control. Your approach could make a huge difference on whether a protesting crowd spins out of control or mellows out and disperses.

Jocelyn Moisan, a veteran instructor of crowd control tactics who has trained police forces in more than 20 countries, states that the purpose of crowd control is to break up the crowd before things get out of hand and lead to a riot. The best way to do this is to avoid using violence yourself.

With that said, a key thing to remember is if the situation is calm, then there is no need to be aggressive; on the other hand, if it's already spiraling out of control, then that is the time to be aggressive.

Sgt. Sabrina Richardson has spent 15 years in the New Orleans Police Department — a department credited with successfully managing the city's Mardi Gras celebration, an event that draws in millions of attendees each year. From her experience, Richardson lists three important areas that crowd control officers need to be aware of:

Richardson also states the safety of the citizens should be the top priority. For her and the NOPD, the key is that it's all about talking to people and making connections.

"You may have 100 to 200 officers out there versus thousands attending," Sgt. Richardson told MultiBriefs Exclusive. "How can that number of officers control the crowd? It's not about controlling the crowd but working with the crowd."

Now there is obviously a difference between handling a celebrating crowd and a protesting one, but no matter which category the crowd falls under, it's crucial for law enforcement to initiate conversations and connect with the citizens. When you don't have a connection with citizens or their trust, the situation can escalate, and riots tend to form.

Still wondering if the NOPD knows what they are talking about? According to a press release issued by the New Orleans Tourism Marketing Corporation, "other cities often send representatives to New Orleans to study crowd control strategies and techniques developed [there]."

Establishing a connection with the crowd might sound difficult or cause feelings of apprehension, but it's a tactic worth trying if you have not yet. After all, protestors are merely a group of concerned citizens who have banded together to get their voices heard. Instead of viewing them as enemies, realize that they are part of the same community that you have sworn to serve and protect.