Critical research begins on veterans and marijuana use 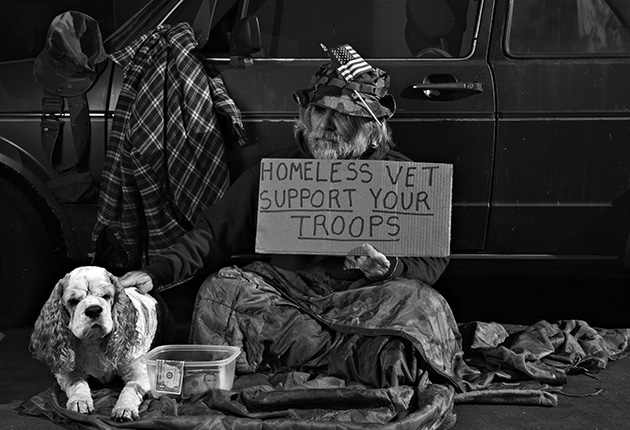 Many veterans are suffering from mental disorders, including depression and post-traumatic stress disorder (PTSD). And an estimated 20 veterans commit suicide each day in the U.S.

Research is definitely needed to explore all avenues of treatment and prevention to better improve the quality of the lives for our veterans. After years of delays, the first participants have enrolled in a research study investigating marijuana use and PTSD.

This study will be investigating the effectiveness of a variety of marijuana potencies and has hopes to generate research data that reflects what the population of veterans are doing in practice in those states allowing for medicinal marijuana use. The study will generate vital information about marijuana composition, dosing side effects and potential benefits. With the data, clinicians will be able to better guide patients about their own health decisions.

The project enrollments come on the heels of an extensive study of 3,233 Irag/Afghanistan veterans published in the Journal of Psychiatric Research. The objective of the research was to examine the association between a lifetime of chronic cannabis use, current suicidal thoughts and a lifetime of suicide attempts.

Key to this are controlled studies of marijuana much like other pharmaceutical interventions for mental health disorders.

The first participant in the new study was enrolled on Feb. 6 and received marijuana from the Scottsdale Research Institute in Phoenix, Arizona. This was the first time the "investigational drug" had been dispensed through a sanctioned research trial sponsored by a nonprofit organization.

The group, Multidisciplinary Association for Psychedelic Studies, plans to enroll 76 veterans with PTSD to study the safety and efficacy of four different potencies of marijuana. An additional clinic at the University of Pennsylvania Perelman School of Medicine will be enrolling patients. Marcel Bonn-Miller, Ph.D., of the Perelman School of Medicine, oversees both study sites as coordinating principal investigator (PI).

"As this is the first placebo-controlled trial of cannabis for PTSD, we are breaking important ground needed to identify improved treatment options for veterans with PTSD," Bonn-Miller stated.

Both the Military Times and Army Times publications carried the news of the research enrollment. They reported that the study is recruiting adult military veterans having experienced trauma during their service. The veteran volunteers will have 17 outpatient visits over a 12-week period with a six-month follow-up.

Advocates for this project say this research will fill a much-needed gap within medical science. Research is needed to understand the benefits as well as the harm that occur with marijuana pharmaceutical intervention. Just like with any drug.