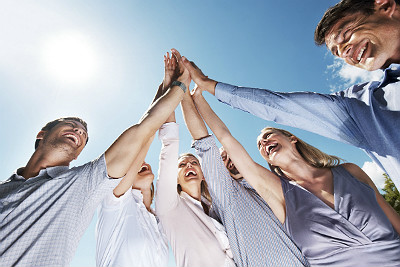 People are the heart of any organization, yet leading a team of employees is often referred to as "herding cats." The task can be both challenging and rewarding. So what is the best approach to creating effective teams and team members?

Teams are dependent upon the people within them, and the keys to success are how to treat them and what type of group structure to create.

As a former supervisor and team leader in the Department of Defense, I understand how insurmountable this task may seem. I had contract, budget, accounting and administrative teams, and each person had great gifts and talents to harness.

My main task was figuring out how to hone my employees in the best way possible. When I first came on board, the organization had just done a major reorganization. So the people I ended up with were new to each other as well as to me.

I implemented the three aspects below to create a successful team:

I asked each for his/her resume and had individual meetings with each person so we could both get to know one another better.

I was building trust, because they were all unsure of how they were going to be treated, since they had previously been assigned to other parts within the organization. I wanted to alleviate as much as possible the fears that come along with this type of change.

It took a while to build the trust necessary for all to work in a cohesive unit. Everyone pretty much got along, because they wanted to make it work. That is not usually the case for most teams. I had individuals who knew the difficulties that were inherent within this organization. They choose to rise above, and because we had earned each other's trust, this made all the difference in the world.

Under the new organization, new departments within the branch were already predetermined. Some of the people had already been positioned in these new departments, however, I still needed to place the remaining individuals where they would do their best work.

The next step was reformulating their job descriptions to fit the new departments. I was pretty lucky with the employees I ended up with. Most were willing to not only work for me, but also work with me. However, I did have a couple of employees who really did not want to be where they were — that is the reality for any organization.

I did not micromanage the teams. I let them handle their day-to-day responsibilities, and only got involved when there was an immediate task or deadline approaching. I respected their ability to complete the tasks before them, which ultimately increased the bond of trust within the group.

My ultimate goal as a supervisor was to see whom I could groom for the next level, mentor and let them grow as a person. Money was tight relevant to training, so I made sure they were given every opportunity to take free classes, get paid training when available and cross-train within the organization.

The final important step I took was to listen to what each employee had to say. I did not know all the answers, and I depended on them to contribute to the organization's missions and goals.

Working for the federal government is not easy, due to the enormous amount of laws and regulations that must be followed. Regardless, making sure my employees could succeed was important to me.

It was my responsibility to treat each person as an adult, assign them their tasks and let them run with it. But when they had questions or concerns, I was there to help.

The most important takeaway in running teams is the treatment of the people within them. Earn their trust, give them respect and listen. These three aspects will enable the team to be effective and keep the organization on top.