Creating a better world with design 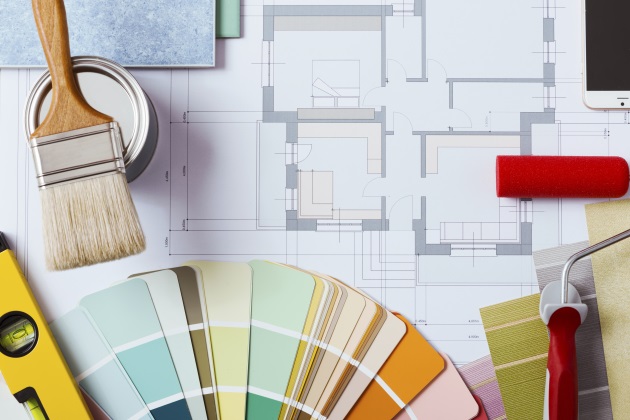 A substantial and growing body of research attests to what designers have long known. The design of the spaces we inhabit has considerable impact on our health, mood and state of mind.

Now, researchers and practitioners are probing even further to discover the ways that design also can affect our behavior. What they are finding suggests it may be possible in the not-too-distant future to create spaces, interior and exterior, that promote not only health and well-being, but also more positive behaviors.

For centuries, designers have understood intuitively that through their designs they could affect how people feel and interact in the spaces they created. In the latter part of the 20th century researchers began to investigate how elements such as lighting, color, visual complexity, and access to nature affected occupants’ moods and, as a consequence, certain cognitive and physiological functions, such as creativity, productivity, concentration, memory and healing.

Studies of consumer behavior showed that design made a difference in what, how, and how much people purchased in retail and hospitality environments. Within the past decade or so, as the focus within the built environment industry has shifted increasingly onto occupant performance and well-being, investigators have pursued further the question of how else might occupants be affected by their man-made surroundings.

Real estate news website Curbed recently reported on advances being made in a number of areas related to "the way physical spaces are designed can have a measurable impact on the human brain." These studies have demonstrated the relationship between design of the built environment and psychological, biophysical and cognitive changes in occupants.

They cite research being conducted by Dr. Eve Edelstein, head of the Human Experience Lab at Perkins+Will, on how changes in lighting and acoustics affect persons in a space.

Although more study is needed as to how these changes may interact with other factors in the environment, "we actually know enough to change our lighting or acoustics to do no harm or to do less harm, and to enhance our mental and physiological and health outcomes," states Edelstein. Other researchers are examining areas such as the effect of design on an individual’s subjective experience of a space, for instance, how it colors their perception of time or whether they feel good about being in the space.

Some recent studies related to visual perception indicate that design might also be employed to encourage certain positive behaviors or discourage negative ones. Drawing on previous work that showed social disorder cues (e.g., litter or graffiti) were related to criminal activity, researchers at the University of Chicago queried whether visual disorder would increase a tendency toward rule-breaking.

Having determined that "spatial features (e.g., nonstraight edges, asymmetry) are more important than color features (e.g., hue, saturation, value) for visual disorder," they then applied their hypothesis to a testing situation in which they varied the intensity of visual disorder. They found "manipulating visual disorder increased the likelihood of cheating by up to 35 percent and the average magnitude of cheating by up to 87 percent," leading them to conclude "simple perceptual properties of the environment can affect complex behavior."

In a similar vein, a psychology professor at Princeton University found that visual clutter impedes professional performance. "The more objects in the visual field, the harder the brain has to work to filter them out, causing it to tire over time and reducing its ability to function," discovered professor Sabine Kastner. However, environmental psychologist Sally Augustin cautions, "When applying this research it’s important to remember that environments that are extremely stark visually are just as stressful for humans as those that are visually cluttered."

Much research has been conducted on the effect of nature and natural views in the built environment, showing its benefits productivity, innovation, healing and overall sense of well-being. A study published in the forthcoming December 2016 issue of the Journal of Environmental Psychology explored the role of nature in reducing feelings of aggression.

Subjects who viewed images of nature had weaker aggressive responses to being ostracized from a group than did subjects who viewed images of urban settings. One implication of the findings is that access to nature and natural views can be used to lower levels of aggression in certain settings. This approach is already being tested in some correctional and homeless facilities.

It is already well-established that good design makes spaces better. Perhaps someday it will make better occupants as well.