Could this be your company’s solution to Facebook’s changes? 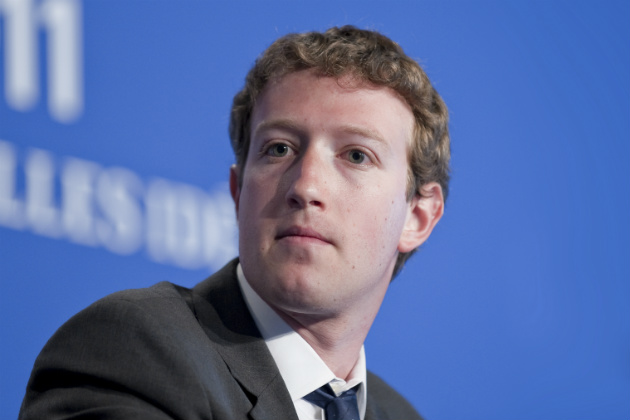 By now, you've likely heard that the eventual has happened. Mark Zuckerberg wrote on Jan. 11 that Facebook users would "see less public content like posts from businesses, brands, and media. And the public content you see more will be held to the same standard — it should encourage meaningful interactions between people."

For years, brands and publishers have suspected this shift. Companies' organic reach on Facebook has consistently plummeted. In 2017, engagement rates for brands fell 20 percent, according to 2017 Buzzsumo data. A year before that, publishers saw their reach per post drop 42 percent, as detailed in 2016 SocialFlow research.

Plus, in the summer of 2017, Facebook did a test in six countries and moved all non-ad posts from Pages in the News Feed to Facebook's new Explore feed. As a result, Pages received four times less engagement and lost up to 75 percent of their reach.

In short, this was going to happen one way or another. Now, it's time to pivot, learn everything you can about the change and embrace tactics to better your company's performance on Facebook.

Facebook knew people wanted to see more content from friends and family and less from brands and publishers. Specifically, Zuckerberg mentioned that one of Facebook's "big focus areas for 2018 is making sure the time we all spend on Facebook is time well spent."

In his statement, he continually comes back to two words: connect and community. Zuckerberg envisions Facebook evolving from passive activities, like watching a video or reading an article, to active ones where people have conversations and cultivate meaningful connections.

This almost sounds like Zuckerberg is pressing a reset button. Research shows that the more time people spend on social media, the more depressed, lonely and anxious they feel. The Facebook Zuckerberg sought out to create no longer exists. He wants to get back to the heart of it and make it right.

What's next for me and my business on Facebook?

You have a few months before these changes roll out and go live, so use that time to strategize.

First, minimize the loss of your current followers by asking them to add your Page to their "See First" list. Here's how.

Then, shift your mindset from focusing on views and reach to connection and conversation. Specifically, that means measuring reactions, shares and comments.

Start by building a real community in a Group. Facebook has mentioned Groups will be getting more play, so think about the elements that connect your followers and create a space for them.

Plus, we know Facebook is prioritizing friends and family content over brand content. So, get followers talking about your brand on their own Facebook page. User-generated content could be the perfect solution. Influencer marketing can also play a role, but remember, if the influencer has their page set up as a brand or publisher, their content is also going to be ranked lower.

Of course, you'll also want to create content that generates conversation. Get people talking. Ask questions. Start a dialogue, and get ready to get social on social media again.