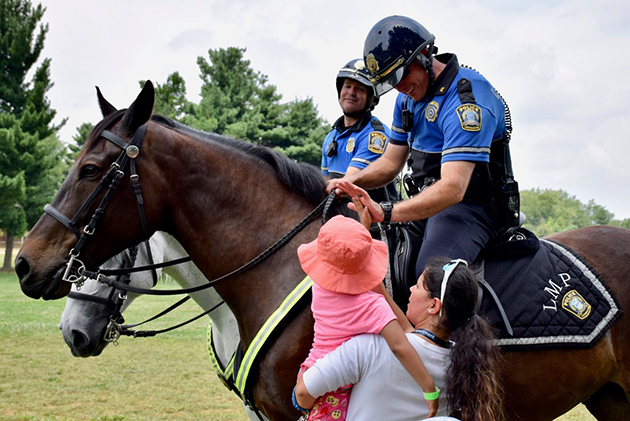 This photo has it all: a baby, a pretty woman, sleek horses and a pair of classy-looking officers.

The Office of Community Oriented Policing Services (COPS) recently announced the winners of its 2018 Community Policing in Action Photo Contest.

The contest has been underway since 2015, and each year the COPS program encourages state, local and tribal law enforcement agencies to submit images of community policing efforts. As with previous years, the winners show a wide variety of community activities with law enforcement having a visible presence.

What they also show is that, despite some of the negativity surrounding law enforcement, officers are a part of the community. And for those they protect, police officers are a critical and crucial part of public safety.

One of the photos has it all: a baby, a pretty woman, sleek horses and a pair of classy-looking officers (see image above). Some communities will view this image with sadness as recent budget cuts meant the loss of mounted patrols, such as in Portland, Oregon. The unit did not receive funding and was discontinued in July of 2017.

Another photo showed the multigenerational nature of the community with an image of an elder and officer sharing a cup of coffee in a local shop. (Coffee)

The camaraderie that sharing food and beverage affords will be lost in one part of the city of Oakland, California. A newly established coffee shop business has banned all law enforcement officers in uniform.

They have gone so far as to post signs and proclaim on their social media accounts: "Talk to your neighbors, not the police." This policy is certainly shameful, and the shop and customers are missing out on meeting some amazing men and women.

As with previous years the contest has run, there are pictures showing kids and officers acting like kids, such a pedaling a bicycle and drawing with chalk. And then there is the reverse with kids acting so grown up, such as the image of a beautiful young girl assisting an officer with adding polish to her fingernails. 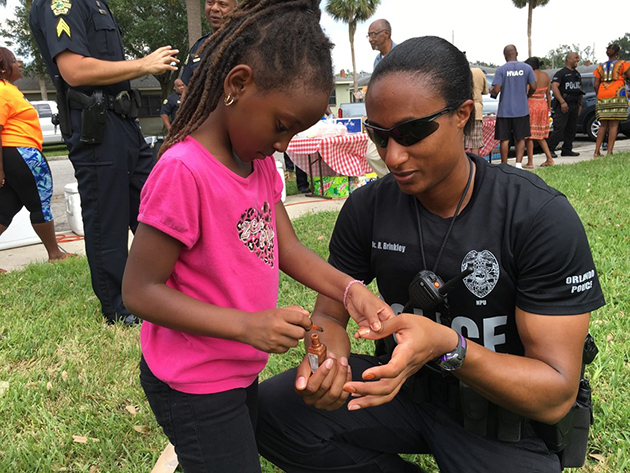 Congratulations are in order to those officers and communities that were recognized as winners in this year's photo contest.

"Community policing begins with a commitment to building trust and mutual respect between police and communities," according to COPS, the organization that sponsored this contest. "It is critical to public safety, ensuring that all stakeholders work together to address our nation's crime challenges. When police and communities collaborate, they more effectively address underlying issues, change negative behavioral patterns, and allocate resources."

The images certainly demonstrate community policing at work and the positive force police officers have in all of our lives.