Construction has a growing problem: Getting paid 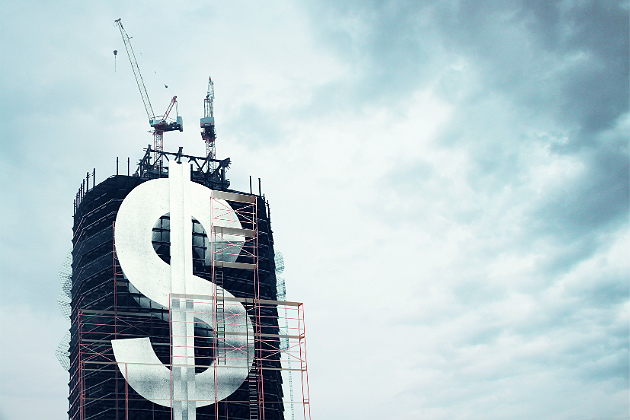 For at least half of all contractors in the U.S., getting paid is hard, costly, and time-consuming. That’s according to the 2019 National Construction Payments Report, based on a survey of more than 500 construction professionals conducted by Levelset and TSheets by Quickbooks.

According to one survey respondent, “Cash flow is the number one problem we deal with. It is demoralizing and a constant frustration.”

Contractors are getting squeezed

A practice unique to the construction industry, retainage is money withheld — typically 5-10% — until the entire project is finished. With net profit margins in the industry averaging under 5%, this means that many businesses are operating at a loss until they get the retainage payment.

As a result, nearly half of contractors (42%) say that they pay their subcontractors or suppliers before they get paid by their customers. To stay afloat during these frequent periods of negative cash flow, more than half (51%) report dipping into business savings or credit. Alarmingly, more than a third of contractors (34%) say they have used personal savings or credit to keep their businesses open while waiting to get paid.

Many contractors feel powerless to collect the money they’re owed. As such, they feel pressure to make financial compromises or concessions. They report providing discounts, flexible payment options, and/or interest-free late payments.

More than 75% of contractors say they “never” or “rarely” charge interest on late payments from customers — even while they pay interest on the business or personal loans they took out to cover the cash shortage.

For many contractors, cash flow problems are limiting growth. “We don’t have the funding to wait 60 to 90 days for payments,” said one contractor surveyed. “Fear of cash flow issues also prevents us from taking on bigger projects — forcing us to spread our resources, time, and energy across multiple, smaller jobs.”

Nearly all contractors (98%) say they have threatened to file a lien, but when it came down to using this legal tool, only 58% actually filed a mechanics lien.

So, did the threat of a lien result in payment for the 40% who didn’t file? Not necessarily. When asked why they chose not to file a lien, contractors said they didn’t want to lose a customer (41%), the lien process is “too complicated" (14%), and the process is “too expensive” (12%).

“What I refer to as ‘chasing down money’ is the worst part of my business,” said one contractor in the survey. “I loathe collecting money, especially when I truly need it.”

It’s no secret that it takes a long time to get paid in construction: 83 days on average, according to PWC’s annual Global Working Capital Study. That’s the longest payment delay in any industry around the world.

The long delay is made worse by fear-based payment practices and the lack of transparency into the payment process. The rise of retainage combined with the disappearance of up-front deposits is putting more cash flow pressure on contractors stuck in the middle. And it’s causing them to make risky decisions that should worry everyone, from property owners to suppliers. Growing payment delays and dishonest payment practices have led many contractors to view liens no longer a last resort, but as “business as usual.”

Subcontractors and material suppliers are often suspicious that late payments are caused — at least in part — by contractors further up the chain that withhold money to help their own cash flow issues. “Retainage...is a way for companies to take an extra 10% off the top,” one contractor in the survey said. “They will make up reasons not to return it.”

Understandably, most construction professionals (75%) say they would like more visibility into how others are getting paid on the job, with information like payment terms and timelines.

A husband, dad, & entrepreneur in New Orleans, Scott founded Levelset to even the $1 trillion construction playing field and make payments easier, faster, and more predictable. Levelset is used by thousands of contractors and suppliers nationwide to make payments easier on billions in contract value each year. Scott is a licensed attorney who previously practiced construction law. Recognized by New Orleans City Business as an "Innovator of the Year" and part of their "Leadership in Law Hall of Fame," Scott has been on the Silicon Bayou 100 list every year since 2014, is a winner of Idea Village & Jim Coulter’s IDEAPitch, is the ACG’s reigning Emerging Growth Company, and a Junior Achievement Rising Star.